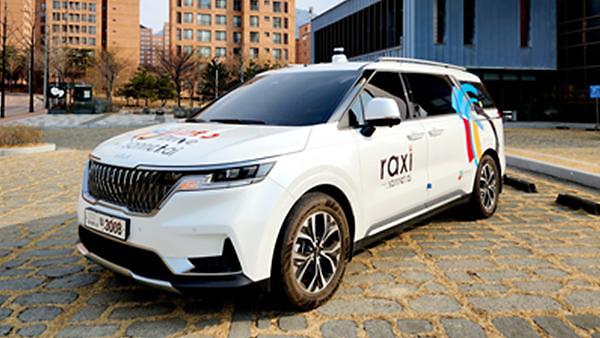 SEOUL -- A fleet of autonomous vehicles will be deployed to a self-driving car demonstration zone in Daegu some 249 kilometers (149 miles) south of Seoul to offer paid shuttle service. The self-driving cars will carry passengers on a circulation route through an industrial techno-valley area.

South Korea's first paid shuttle service using autonomous vehicles was launched in western Seoul in December 2021. 42dot, a domestic self-driving technology startup, operated three autonomous shuttles to cover a circulation route of some 5.5 kilometers. Human drivers sat in the driver's seat of the vehicles to intervene in cases of emergency. The shuttles charged two thousand won ($1.6) per ride. 42dot was later acquired by Hyundai Motor in 2022.

Daegu has two areas selected by the transport ministry as demonstration zones for autonomous vehicles and related services. The southern city tested its first self-driving shuttle service in the southwestern part of the city in January 2022. When a passenger calls a shuttle using a dedicated app, the shuttle would pick up the passenger at a nearby station.

Daegu City said in a statement on January 25 that the city will begin its second paid autonomous shuttle service in the southeastern district of Suseong in February. The shuttles operated by Sonnet, a Daegu-based robot taxi company, will carry passengers on a six-kilometer route through "Suseong Alpha City," an industrial techno-valley area for a fee of two thousand won.

The southern city said it plans to extend the shuttle route so that the robot shuttle service would become one of Daegu citizens' favorite transport services by connecting popular tourist spots including the Daegu Art Museum and Daegu Stadium.