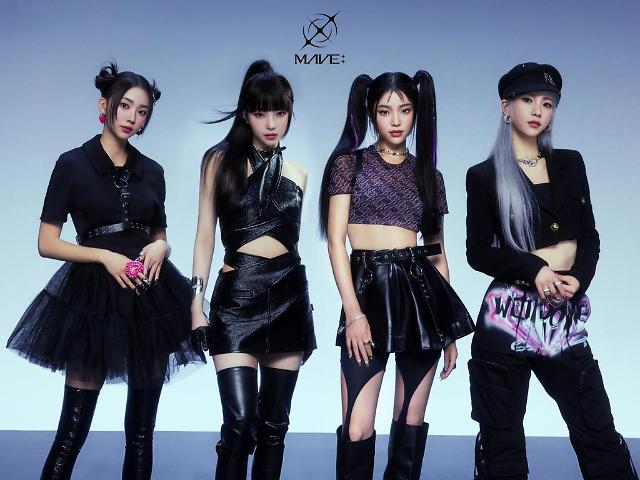 SEOUL -- South Koreans are showing mixed views about the debut of MAVE:, a four-member girl band created by Metaverse Entertainment, a virtual reality content developer affiliated with South Korea's leading game publisher Netmarble. While some fans are excited to watch the rookie girl group's music video, others are skeptical as they are repulsed by the virtual humans' debut.

MAVE:, whose brand concept contains the meaning of "making new waves" in the K-pop industry, will debut through online music services on January 25. Through "Pandora Box," the group's debut album with two songs -- Pandora and Wonderland -- will portray four girls who fictionally came from the future after crash landing on Earth to seek emotional freedom. The album's highlight medley is available on the girl group's official website. Global fans can also listen to their voices recorded in different languages including Korean, English and French.

After the announcement of MAVE:'s debut, some South Koreans expressed skepticism as the group only exists in the virtual world and is unable to interact with fans in real life. "They can't really hold a fan meeting," said zsdaxc4567, a YouTube user. Some people were skeptical about virtual idols replacing human artists. "If virtual groups gain popularity, there is no need to have K-pop trainees anymore," said user-ds5wb9sf1h.

Others think the virtual idol can overtake human artists through high-quality music. "There is nothing wrong with the virtual idol becoming famous as long as they provide exceptional songs," Lee Jung-jae, a 24-year-old Daejin University student, told Aju Business Daily. However, Lee thinks MAVE: will face obstacles such as uncanny valley as the virtual artists still look quite different from actual humans. "With the current technology, actualizing physical features of real humans seems to be difficult." Uncanny valley suggests that human-like objects can provoke strangely familiar feelings of uneasiness of revulsion because they imperfectly resemble actual human beings.

Despite much criticism, the South Korean entertainment sector has strived to captivate fans with artificial humans. Many virtual humans are acting as fashion models and singers in South Korea. Reah Keem, an artificial musician created by LG Electronics, appeared in January 2022, followed by YuA, a virtual artist created by South Korean game publisher Smilegate, that released a dance song titled "I Like That." SM Entertainment, an entertainment powerhouse in South Korea, showcased its virtual reality (VR) technology by launching aespa, a four-member girl band. Each member has her own avatar to communicate with fans.