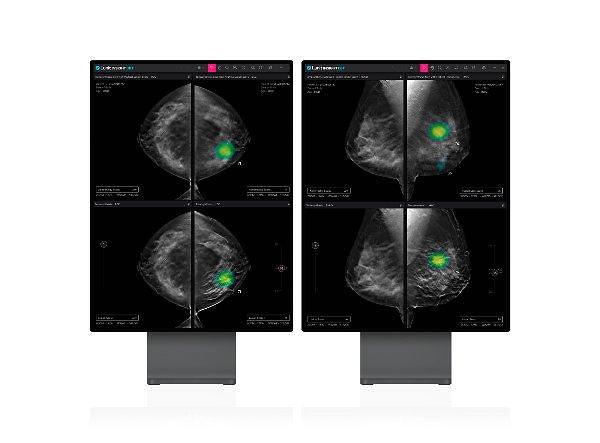 SEOUL -- Lunit INSIGHT DBT, a solution specializing in detecting breast cancer developed by South Korea's medical artificial intelligence company Lunit, has received a green light from South Korea's health authorities to be exported to countries around the world. Lunit aims to secure its foothold in the United States and European market through the solution.

The new solution is an upgraded version of Lunit INSIGHT MMG capable of analyzing x-rays and medical images of breast cancer patients using software robots. Unlike the conventional version which can only identify two-dimensional (2D) images with suspicious lesions, the new solution accelerates reading by handpicking the three-dimensional (3D) slice images.

Data cited by Lunit showed that the global breast cancer medical device market was estimated to be about two trillion won ($1.6 billion) as of 2020. The 3D breast cancer diagnostic device market accounts for more than 20 percent of the total market, and is growing at an annual rate of 18.5 percent.

Lunit's new medical solution was approved by the Ministry of Food and Drug Safety on January 19. The company said breast density, which is difficult to identify with the conventional method, could be precisely diagnosed. The symptom makes it difficult for doctors to detect tumors hidden behind breast tissues.

"We will try hard to meet the requirements for U.S. Food and Drug Administration (FDA) and European conformity in the second half of 2023," Lunit CEO Seo Beom-seok said in a statement on January 19.