The problem with North Korea 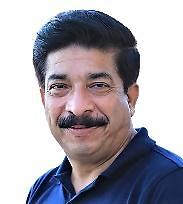 [This article was contributed by Dr. Imran Khalid, a freelance writer based in Karachi, Pakistan. He was qualified as a physician from Dow Medical University in Karachi in 1991, and has a master's degree in international relations from Karachi University.]

KARACHI -- Throughout 2022, the Korean Peninsula witnessed a persistent increase in tensions because of Pyongyang’s unprecedented spree of missile testing and South Korea’s large-scale retaliatory joint military exercises with the United States.

But 2023 has also started with not much difference. Within just three hours into the new year, North Korea tested super-large multiple rocket launchers to send a clear and loud message to the outside world about its intentions to keep expanding its nuclear and missile development program in the coming days.

Within the next 24 hours, North Korean leader Kim Jong-un, in the strategic meeting of his party for 2023, further confirmed this by ordering an “exponential” increase in North Korea’s nuclear arsenal, including mass-producing tactical nuclear weapons and developing new missiles for nuclear counterstrikes.

“They are now keen on isolating and stifling (North Korea), unprecedented in human history. The prevailing situation calls for making redoubled efforts to overwhelmingly beef up the military muscle”, said Kim in response to what he called U.S. and South Korean hostility.

Claiming that Washington and Seoul were trying to smother and isolate North Korea, Kim urged his core party leadership to focus on the “mass-producing of tactical nuclear weapons” and develop “another ICBM (intercontinental ballistic missile) system whose main mission is quick nuclear counterstrike.”

Indubitably, this is a very belligerent stance by Kim at the start of the new year. This also indicates that he is undeterred by the changes in the global power equilibrium and new alignment in the wake of Russia’s Ukraine invasion.

Recent days have witnessed some unusual happenings on both sides of the Korean Peninsula. On December 26, South Korea's military detected five North Korean drones believed to be for reconnaissance trespassing into its airspace -- one reached as far as northern Seoul, while the other four hovered in and around Ganghwa Island off the west coast.

The South Korean military responded by sending attack helicopters but failed to hit any of them. Obviously, this created a massive uproar in South Korea and President Yoon Suk-yeol threatened that he would consider suspending a 2018 military pact signed between the two Koreas if North Korea violated the inter-Korean border again.

Signed in 2018 by former South Korean Defense Minister Song Young-moo and his North Korean counterpart No Kwang-chol, the military pact stipulates the two sides must desist from any provocative and hostile activity that would raise tensions -- including border trespassing, large-scale military exercises, any operations for reconnaissance and field training such as firing artillery within five kilometers of the Armistice Line, also known as the Military Demarcation Line.

However, this deal has been practically violated by North Korea many times.

In February 2019, soon after his frivolous summit with Donald Trump, Kim Jong-un ordered his military commanders to conduct exercises near the line and resume weapons tests. Interestingly, after the North Korean drones’ intrusion into the South Korean airspace, President Yoon Suk-yeol also ordered the military to send a drone to North Korea the same day.

Interestingly, in both cases none of the sides was able to destroy each other’s drones. But, according to some unconfirmed reports, after the North Korean military’s failure to detect and intercept three South Korean drones, Kim has removed Pak Jong-chon, the second most powerful military official after him.

Last year was one of the toughest in the recent history of the Korean Peninsula: Pyongyang fired more missiles than ever before in a single year. In fact, almost one-fourth of all missiles North Korea has ever tested hit the skies in 2022 alone.

The same year Kim Jong-un also publicly pronounced that North Korea had become a nuclear weapons state and that it has no plans to put reverse gear on the nuclear proliferation, raising the temperature on the peninsula to its highest since 2017 when then U.S. President Trump warned North Korea with “fire and fury.”

Starting with short-range missiles designed to hit South Korea, followed by mid-range ones that can reach Japan and then launching test flights of the advanced intercontinental ballistic missile -- Hwasong 17 -- which can hit the U.S. mainland, North Korea tried to display the complete range and scope of its missile technology in 2022.

As per some media reports, in addition to mass production of smaller, tactical nuclear weapons, Kim is planning to launch a spy satellite, which he claims will be launched into space this spring, and an advanced version of solid-fueled ICBM.

So, 2023 will be a continuation of what Kim aggressively started in 2022. Now the question is: What prompted Kim to go full throttle for missile development and nuclear proliferation at this time? The only plausible answer is that Kim is trying to strengthen his bargaining position vis-a-vis the U.S.

Kim’s frantic drive to produce more missiles and nuclear weapons is, it appears, a part of a plan to continue a run of weapons tests to ultimately enhance his future negotiating power and win greater outside concessions.