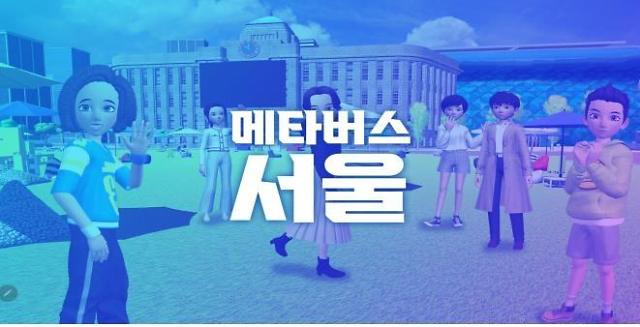 The municipal authorities unveiled its scheme in November 2021 to provide metaverse-based services in every administrative sector by 2026 through a 3.9 billion won ($3.15 million) project. Through a mega project called "Metaverse Seoul," the capital city will be recreated into a virtual world where avatar workers handle various civic complaints and provide virtual tourism experiences such as virtual traditional lantern festivals for foreign tourists.

Seoul said in a statement that the first stage of its Metaverse Seoul was launched in five areas -- economy, education, tax, administration, and communication on January 16. Users can receive business or tax-related advice, enjoy tourist spots, and make inquiries regarding civil services. They can ask questions or express their opinions to the virtual clone of Seoul Mayor Oh Se-hoon. The platform is available on Google Play and the Apple Store. English translation is provided for foreigners.

Tourists can visit virtually created attractions such as Hanok villages and palaces where they can feel the vibe of the Joseon Kingdom that ruled the Korean peninsula from 1392 to 1897.

"The metaverse is evolving in various forms depending on the level of technology and user demands. In particular, it is rapidly emerging as a new paradigm after the coronavirus outbreak," said Park Jong-su, director of smart city policy in Seoul. Virtual reality technology will be adopted in other sectors between 2025 and 2026. As the second step, Seoul will expand the virtual project into real estate, youth employment policy, and foreigner support business.