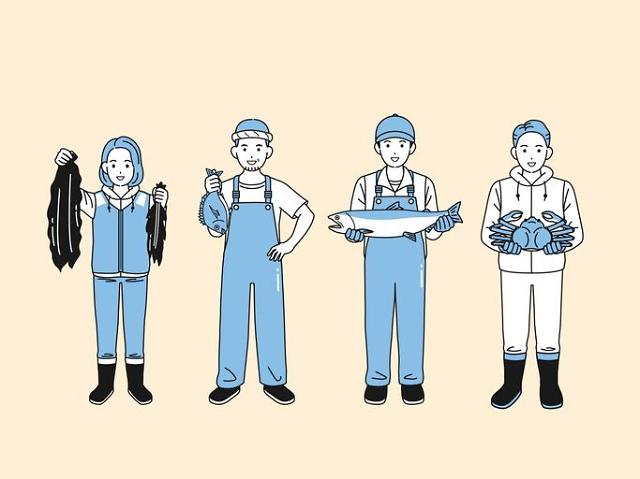 SEOUL -- In an effort to encourage young city people to migrate to under-populated fishing villages, the marine ministry will roll out a promotion program that will include various government-funded supports such as a fishing boat rental service, house rental service, and the operation of incubation curriculums of fishermen.

According to the state statistical information service, South Korea's fishermen population is decreasing rapidly. There were about 121,700 people working in the fishing industry in 2017. The number nosedived by about 25 percent over five years to hit 93,000 in 2021. The population decline in fishing villages will get worse as the average age of fishermen is increasing every year.

Because the operating costs of fishing have skyrocketed by more than 100 percent between 2017 and 2021, the average annual income of fishermen decreased to 19.6 million won ($15,825) in 2021 by about 27 percent from 2017's 26.7 million won. To prevent the country's fishing industry from collapsing, the Ministry of Oceans and Fisheries has rolled out an annual promotion program since 2018 to attract young people to fishing villages by providing a hefty amount of government subsidies.

Despite the first stage of the promotion program being carried out amid a coronavirus pandemic, a total of 1,216 people migrated to fishing villages to become fishermen in 2021, up 23 percent from 2017's 9991 people. The first-stage program focused on providing opportunities for city workers who wish to work in the fishing industry.

Through the second-stage promotion program, Infrastructure to increase the convenience of life will be built in fishing villages. Empty or abandoned houses will be remodeled and rebuilt into infrastructure for accommodation and public facilities such as public health care centers, schools, or shopping malls. Monthly subsidies of 1.5 million won will be offered for two years and government loans of up to 500 million won will be provided.

Schools for intermediate fishermen will be operated to help them increase their fishing skills and provide administrative guides. The fishermen's schools will also play the role of community centers for young fishermen. "We will have some 7,500 new fishermen and some 41,000 people return to fishing villages by 2027," the marine ministry said in a statement on January 17.