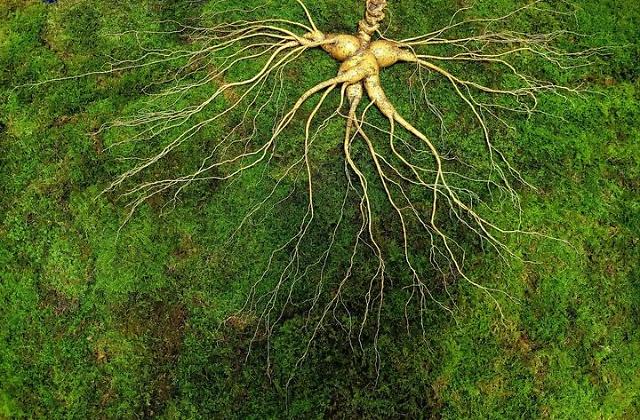 SEOUL -- An extremely rare ginseng which is estimated to be about $545,000 has been found in a mountainous area in South Korea's southwestern region by a mountain hiker. The ginseng weighing some 0.9 pounds has a high proportion of Rg3, a biological component used to treat cancer.

Rg3 is a type of saponin that inhibits the growth of cancer cells, improves blood circulation and lowers blood pressure. Rg3 is easily absorbed in the body compared to other saponin substances. The ingredient can be found in almost every ginseng.

Simmemani, an association of South Korean ginseng harvesters, said in a statement that the rare ginseng contains high proportions of Rg3 compared to other saponin substances. The material analysis was carried out by a research team led by Paek Kee-Yoeup, a horticultural scientist at Chungkbuk National University. "The Ginseng will be very helpful in preventing various types of cancer," Simmemani president Jung Hyeong-beom told Aju Business Daily on January 11.

The rare ginseng was found in the mountainous area between Suncheon some 295 kilometers (183 miles) south of Seoul and its neighboring county Hwasun in November 2022. According to data released by Simmemani, it resembles the wild ginseng that existed on the Korean peninsula about 1,500 years ago. In Korea, ginseng has been used in traditional medicine for centuries.