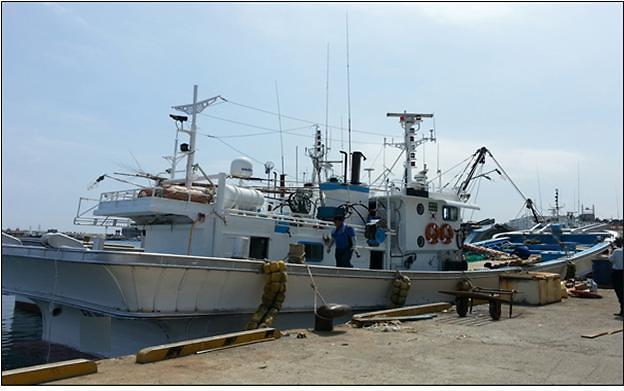 SEOUL -- Due to the decreased catch affected by climate changes and overfishing, South Korea will carry out a nearshore fishing boat capacity reduction program. A total of 39 boats will be reduced in 2023 and subsidies will be provided in form of tax returns and reimbursements for estimated salvage values of boats and fishing equipment, and up to six months of salary for fishermen who lost their jobs because of the fishing boat reduction program.

The reduction of fishing boat capacity, also known by the term "decommissioning," is normally carried out when the marine resources governing body decides that the fishing capacity is too large compared to the actual available amount of fish in the sea. The decommissioning of fishing boats is regarded as one of the most effective ways to prevent overfishing and save the marine ecosystem.

Since 2019, the Ministry of Oceans and Fisheries has rolled out the annual nearshore fishing boat reduction program by investing 294.6 billion won ($236 million) to salvage 219 boats including large-sized troll fishing ships, long-line fishing vessels, bull trawlers, and trap fishing boats that were used to catch kinds of fish with a strong fishing intensity. Fishing intensity measures the rate of a certain fish stock is being overfished or exploited.

The marine ministry said that it will receive voluntary applications for the early decommissioning of fishing boats. Vessels owned by the current owner for more than three years and have an operation record of more than 90 days over the period of two years are eligible for decommissioning. 39 boats will be salvaged and subsidies will be provided.

While some people may think that fishermen could react negatively towards the government's offer, many of them are very happy to apply for the early decommissioning of their boats. "All decommissions are done voluntarily and many fishermen welcome the government's offer because they are well aware of the effects of climate change and overfishing," Marine ministry official Kim Sung-won told Aju Business Daily on January 11. Along with the decommissioning project, the marine ministry will also establish new underwater ecosystems to increase marine resources, Kim said.