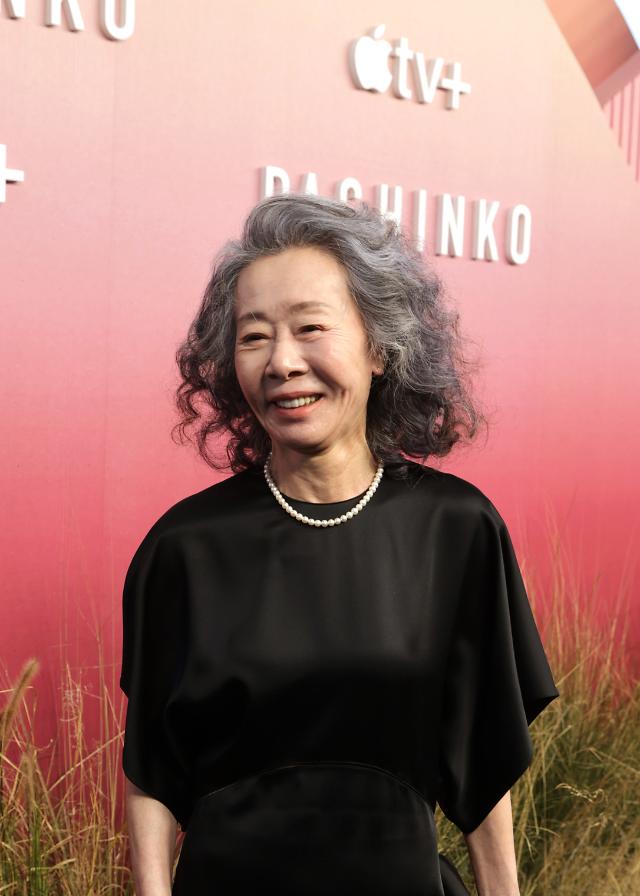 SEOUL -- Youn Yuh-jung, a veteran actress who won the 2021 Academy Award for her role in the 2021 American film Minari, signed with Creative Artists Agency, a major entertainment agency based in Los Angeles. The American agency works with many famous actors including Tom Hanks, Brad Pitt, and Ryan Gosling.

According to an exclusive report released by US entertainment news media Deadline, the 75-year-old signed a contract with Creative Artists Agency (CAA). The agency has signed with many other South Korean celebrities including Lee Jung-jae who starred as the main lead of Squid Game, and Aespa, a four-member girl band formed by SM Entertainment.

In December 2022, Youn terminated a contract with her previous agency "Hook Entertainment." The South Korean agency was accused of its alleged failure for withholding payment to popular actor-singer Lee Seung-gi. Lee filed a complaint against the agency's executives on charges of embezzlement and fraud.

Youn made her Hollywood debut through the 2021 film "Minari." The veteran actress played a South Korean grandmother in the film about a Korean-American family going through various struggles on an Arkansas farm in the 1980s. Her outstanding acting skills in Minari led her to become the first South Korean to win an Oscar award for Best Actress in a Supporting Role in April 2021. In September 2021, she was included in Time magazine's list of 100 most influential people of 2021.

She also garnered global attention in the 2022 drama series "Pachinko" for her role as a Korean immigrant in Japan striving for a better life when her country was under imperial Japan's colonial rule. The drama series won the 2022 Gotham Awards, an annual award ceremony held in New York.

Youn is one of the iconic figures in South Korea's film scene. Born in 1947, Youn debuted in a TV drama in 1966. Although she took a career break in the late 1970s and early 1980s when she was married to singer Jo Young-nam, she resumed her acting career after the divorce in 1987. Through her acting career, she played a wide range of characters from a fastidious mother to the charismatic wife of a conglomerate owner in more than some 70 series.