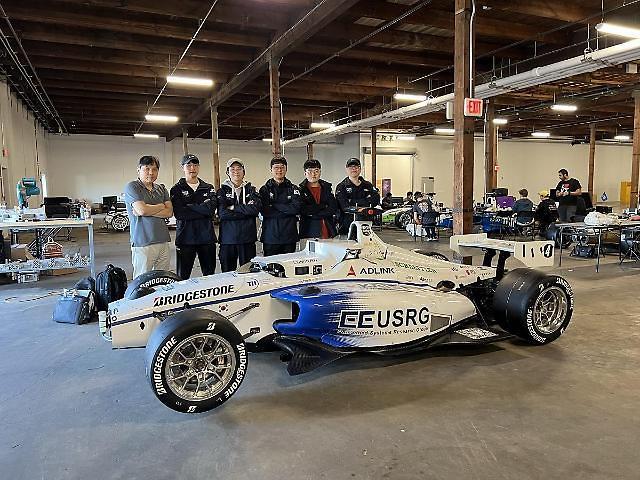 SEOUL -- An autonomous racing machine developed by South Korea's state research institute will compete head-to-head against other self-driving vehicles in high-speed races at this year's Consumer Electronics Show, a four-day annual electronics show scheduled to be kicked off in Las Vegas on January 5.

The Indy Autonomous Challenge (IAC) is an annual self-driving racecar competition event where racing machines compete head-to-head at speeds of more than 190 miles per hour (305 kilometers per hour). Nine university teams from various parts of the world including the United States, South Korea, Canada, and Germany participated in the event.

The head-to-head race will be carried out in a tournament format. Racecars will run tracks at the Las Vegas Motor Speedway to become the fastest runner. "We think it's very meaningful for us being able to continuously participate in the annual event to verify technology which we have been developing for the last 13 years," KAIST Professor Shim Hyeon-cheol said in a statement on January 5.