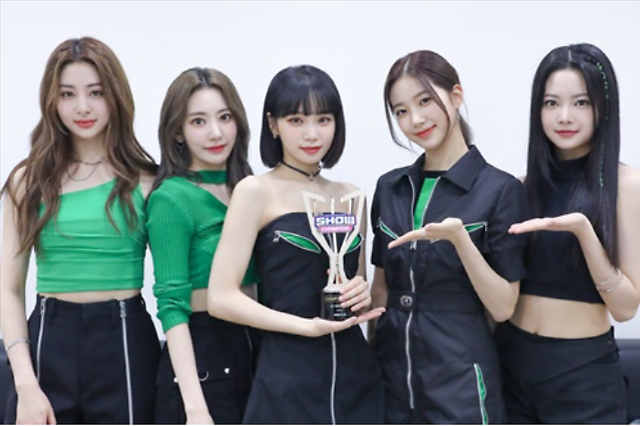 According to data released by Source Music, the title track was played more than 100 million times as of December 26. It was streamed more than 1.2 million times every day since it was released. The song featuring hooking melodies and lively dance movements showcases the young girls' firm stance to overcome various difficulties in life with a strong mentality. The word "antifragility" contains the meaning of improving resilience and capability by going through different struggles and failures.

The five-member band's debut song Fearless entered the Billboard chart eight days after its release and its music video surpassed 100 million views on YouTube just 100 days after its release. To expand its overseas fanbase, the sister band of BTS has also worked with Moroccan-born artist ABIR for "Sour Grapes," a song in its debut album. In July, a video showing Le Sserafim members -- Kim Chae-won and Huh Yun-jin -- singing the song with ABIR was uploaded on YouTube. The video garnered attention through the smooth voices of the two South Korean singers and ABIR's soulful voice.

The rookie band is a multinational group with two South Koreans, two Japanese and one American. The group has worked as a five-member group since May 2022 when member Kim Ga-ram was embroiled in her alleged school bullying. Source music terminated the contract with the troubled member in July 2022.