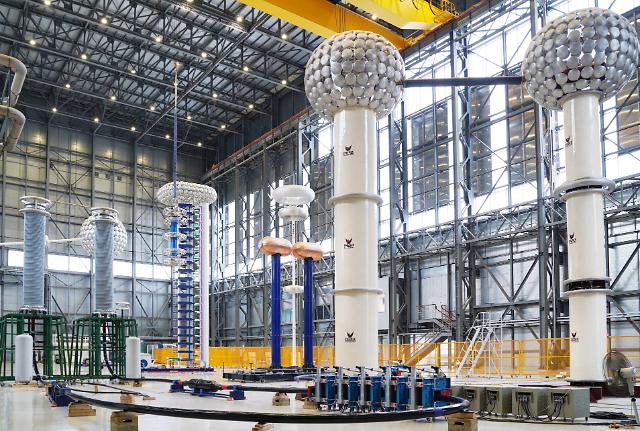 Competition for technology development is fierce as HVDC cables are more advantageous for long-distance transmission and have less loss than conventional AC transmission. The HVDC cable market has seen rapid growth due to global renewable energy expansion policies.

500 kV is the highest voltage among LCC XLPE HVDC cable systems developed so far, Taihan said, adding that its system is the second in the world after Japan to win certification from KEMA, a global energy consultancy company. KEMA certification enables exports and commercialization without separate testing.

Taihan said it has secured an opportunity to participate in large-scale projects, as KEMA's certification test was conducted by applying technical specifications higher than international standards.

Taihan said it is now equipped with technical capabilities for 500 kV HVDC land cable systems of all conversion methods. "It is very encouraging that Taihan has been recognized for its HVDC technology through international certification at a time when the global demand for long-distance transmission and the spread of new and renewable energy sources are becoming active," CEO Na Hyeong-gyun said in a statement on December 5.

"We will actively seek business opportunities in projects that are in full swing in Europe and the United States, etc., as well as participating in large-scale HVDC projects scheduled to be carried out in Korea," Na said, vowing to enhance competitive edge through the quick development of an HVDC submarine cable system.