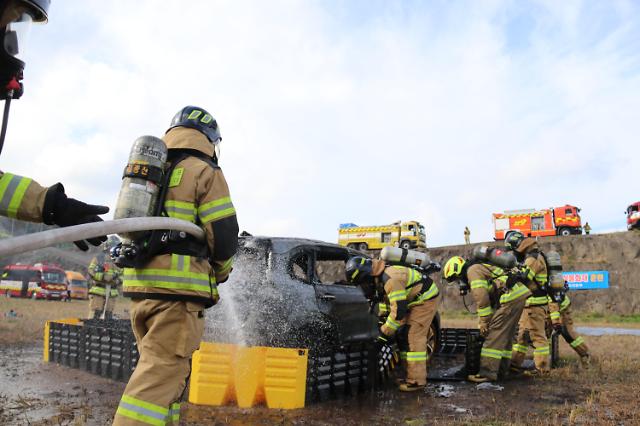 SEOUL -- To educate and train firefighters to become better at battling electric vehicle battery fires, emergency headquarters in the southern resort island of Jeju carried out a simulated drill for the test of various fire-snuffing techniques for lithium-ion batteries. Two Hyundai Genesis EVs were immolated to simulate the EV fire.

Jeju with a population of about 634,200 has the country's highest ratio of registered EVs of 28,790 as of November 2022. Many Jeju EVs are rental cars for domestic and foreign tourists. The resort island experienced its first EV fire in 2019 and there were five fire cases until 2022. 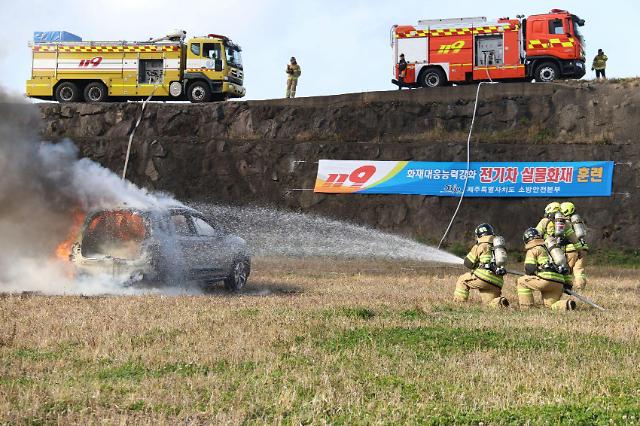 EV battery packs consist of hundreds of small lithium-ion cells are almost impossible to put out if they catch fire. Many fire departments across the world choose to pick up the burning car using a crane and put it in a pool filled with water to minimize the damage caused by raging flames. Some firefighters, including South Korea's, use special flameproof blankets to suffocate the fire.

Jeju Fire Department said that some 270 firemen including veterans and trainees participated in a simulated drill at a reservoir near Jeju City. Two Genesis vehicles were lit up and firemen used flameproof blankets and portable pools to ease the flames. The emergency headquarters said that it took about two hours for the batteries to burn out completely, leaving only the skeletal frames of the EVs. 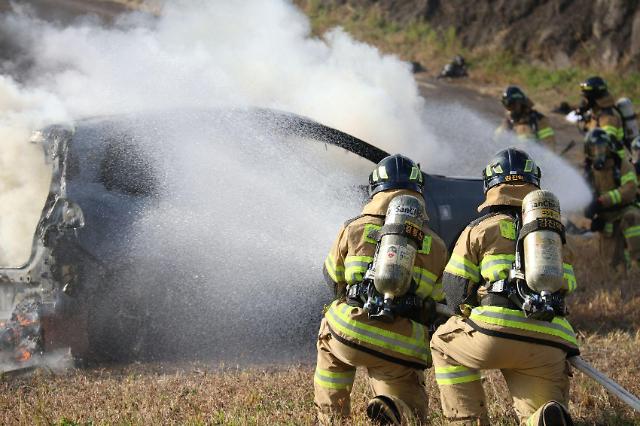 "We will do our best to increase firefighters' capabilities through real life-like EV fire drills," Jeju Fire Department's fire safety division head Park Geun-oh said in a statement on November 23.