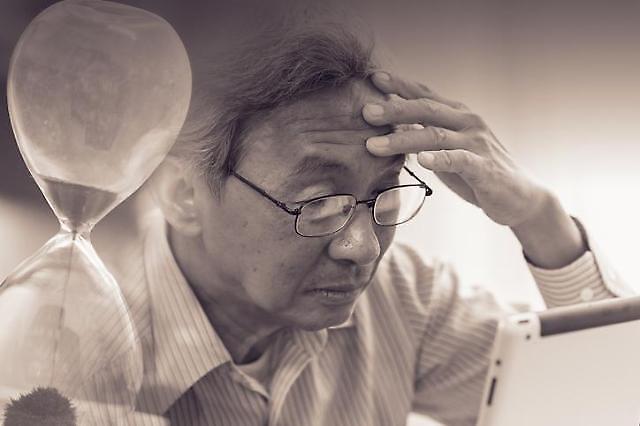 SEOUL -- To efficiently identify dementia patients lost in the streets, South Korea's southern port city of Busan will provide shoes equipped with a tag containing patients' family contact information through collaboration with Treksta, a domestic apparel brand known for hiking shoes. Busan with a population of some 3.4 million is a super-aging society with an estimated number of 66,492 dementia patients in 2022.

Dementia is a progressive disorder that causes brain cells to degenerate and die. Patients often suffer from memory decline. According to the health ministry, the number of dementia patients in South Korea is projected to reach about 3.3 million by 2060. Data from Statistics Korea, a state-run statistical information service, showed that South Korea would become the world's most aged society by 2067.

Busan said in a statement on November 21 that the city partnered with Treksta to develop and distribute the smart shoes. Those who found dementia patients wandering around the streets can immediately contact guardians by checking personal information through their shoes. The shoes will be provided to 300 dementia patients every year by 2025. Educational programs will be provided to local police officers to efficiently utilize the shoes.

In the southern port city, old people aged 65 or older accounted for more than 20 percent of the total population as of September 2021. A total of 1,762 missing person reports were made including those with developmental disabilities in 2021. Busan will carry out various projects to protect dementia patients such as providing global positioning system (GPS)-based location detectors and pre-registration of fingerprints.