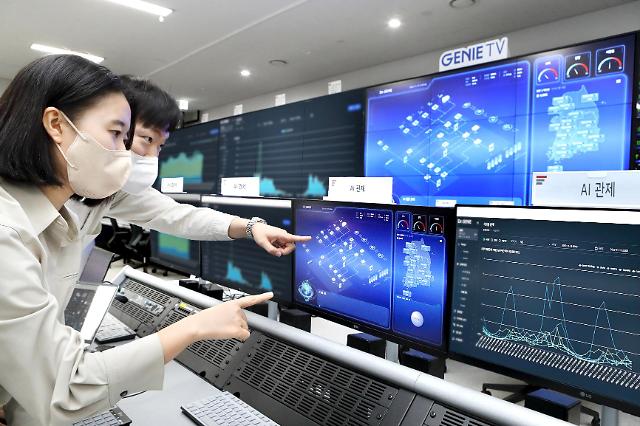 In South Korea with a population of about 52 million, paid TV services have gained usage because of cheap entry service fees. Some 36.4 million people use paid TV services including cable TV, satellite TV, and IPTV services. IPTV services, webbed with super-fast internet cable networks, have 18.2 million subscribers as of October 2021.

KT said that its control tower platform called "Dr. GENIE" has been applied to the company's IPTV media center located in Goyang, a northeastern satellite city of Seoul, for the autonomous management of real-time TV channel broadcasting. The platform will collect big data from broadcasting equipment including encoders and network devices to monitor the whole system in real-time and detect device malfunctions.

When the smart manager platform detects errors or malfunctions, it will notify human managers through voice messages. The notification will include information such as the problem source or the location where the malfunctioning device is. Additional documents will be created so that human operators can prevent such accidents.

The platform would help KT save manpower costs. Human workers have eye-monitor some 300 TV channels in real-time to look for problems manually. Dr. GENIE can integrate customer services and calculate viewership ratings in real-time.

"Dr. GENIE is a ground-breaking solution that changed the paradigm of media control towers by expanding its AI control tower technology coverage beyond broadcasting infrastructure to other service areas," KT's Infrastructure DX Institute Director Lee Jong-sik said in a statement on November 17.