Almost half of S. Koreans are okay with remaining unmarried : survey 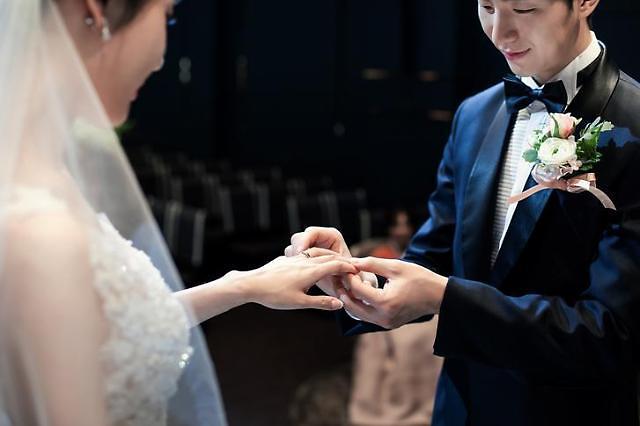 SEOUL -- A survey showed about half of South Koreans are not serious about marriage. Many young people are less interested in tying the knot with their beloved due to costly expenses and unstable employment.

In a 2022 survey of some 36,000 people aged more than 12, conducted by the national statistics office, 50 percent said that marriage is necessary, down 1.2 percent from two years ago. 43.2 percent said being married or not married does not really matter, and 3.6 percent said they would not get married.

While 55.8 percent of men said marriage is necessary, only 44.3 percent of women said they should get married. The lack of marriage funds accounted for the main reason for remaining unmarried with 28.7 percent, followed by unstable employment with 14.6 percent.

In 2021, 193,000 couples got married, down 9.8 percent from a year ago. South Korea has spent an enormous amount of money on tackling its aging population and low birth rate. Various government incentives including cash rewards have been offered to have more children, but an increasing number of women work and want to hold onto their careers, leading them to delay marriage and have children late.