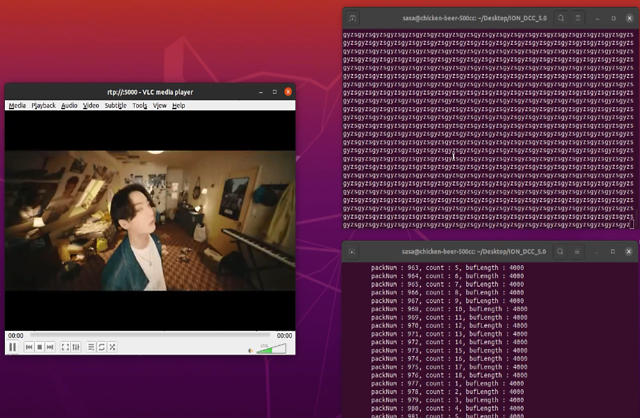 SEOUL -- BTS set a milestone in space exploration with the music video of its global mega-hit song, "Dynamite," successfully transmitted to Earth from a lunar orbiter in an experimental program involving NASA and South Korea's state agency. It was the world's first space Internet communication test aimed at verifying data transmission in a space environment where communication is frequently cut off.

ETRI conducted two performance verification tests with the Korea Aerospace Research Institute (KARI) and NASA's Jet Propulsion Laboratory (JPL) twice at a distance of about 1.21 million kilometers (751,859 miles) from Earth on August 25 and about 1.28 million kilometers on October 28, according to the Ministry of Science and ICT. Unlike terrestrial Internet, divided space Internet data was transmitted through KARI and NASA relay nodes.

In a test on August 25, BTS' "Dynamite music video was successfully played back and transmitted, the ministry said. "Dynamite" is a disco-pop song that was released in August 2020 and stayed in Billboard's top 100 most popular song chart for 32 consecutive weeks.

On October 28, Danuri transmitted English and Korean text messages back to ETRI, which was testing a delay and disruption-tolerant network for message and file transmission as well as real-time video transmission using space Internet communication technology that connects satellites or exploration robots on the moon using space internet equipment.

Because a delay of at least 1.281 seconds takes place when data is exchanged between the Earth and the moon, ETRI has developed node technology that enables interplanetary space internet to receive and send back signals properly.

"Danuri is sailing normally toward the moon," Kwon Hyun-joon, a science ministry official in charge of space, nuclear and big science policy, said in a statement on November 7. Danuri is now moving to the moon at a speed of 540 meters per second at a distance of about 1.05 million kilometers from Earth. If successful, South Korea will be the seventh country to launch a lunar orbiter, after the United States, Russia, China, Japan, the European Union and India.

Danuri is to reach the moon's orbit by December 17 and start orbiting some 100 kilometers above the moon from January 2023 for a year-long mission to look for candidate sites for the landing of South Korea's first lunar lander weighing more than 1.5 tons that would carry out scientific research on the surface of the moon in the early 2030s.

With a high-resolution camera, Danurio photographed the moon's orbit once a day from September 15. A total of15 photos taken from a distance of 1.54 million kilometers on September 24 vividly captured the process of the moon passing through the Earth. Danuri's gamma-ray spectrometer observed the gamma-ray explosion caused by the birth of a black hole on October 9.

With gamma-ray spectroscopy data, elements of the moon's surface will be mapped for studying the moon's geology and resource calculation required for the construction of a lunar ground station. NASA's ShadowCam can map the reflectance within the permanently shadowed regions to search for evidence of frost or ice deposits. The camera will address the lack of information required to reduce risk, increase effectiveness, and improve the designs of future human and robotic missions.

South Korean scientists have been allowed to participate in NASA's development of a payload system for lunar landers that would be used for a program to land humans on the moon. NASA officials have said the lunar landing program is not meant to be a redo of the Apollo missions when six two-man crews reached the moon's surface for stays lasting no more than three days.