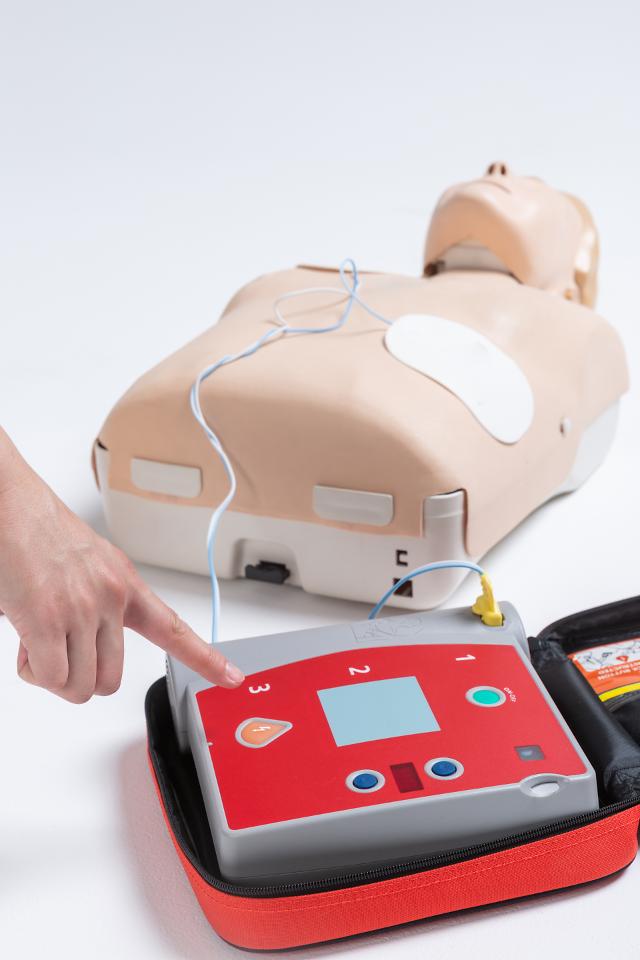 SEOUL -- Automated external defibrillators, life-saving electronic devices that deliver an electric shock to people in cardiac arrest to restore their heart rhythm, will be distributed to GS25 convenience stores in South Korea's southern port city of Busan in a plan to build a safety network. First aid classes such as cardiopulmonary resuscitation will be also provided to educate workers at GS25.

Automated external defibrillators (AEDs) automatically check the patient's condition and provides an electric shock. Anyone can easily use them in case of emergency without learning complicated techniques. The electronic devices are installed in public areas including subway stations and airports.

Busan partnered with the operator of GS25 to distribute AEDs and demonstrate projects for the establishment of a safety net. "The importance of first aid such as CPR (cardiopulmonary resuscitation) is being highlighted due to the recent Itaewon accident," Busan's citizen health bureau director Cho Bong-soo said in a statement on November 2.

Demands for CPR are rapidly increasing due to a deadly stampede in Itaewon, a district near central Seoul with many clubs and bars. At least 156 people have been killed and 151 others injured during the stampede, when more than 100,000 people flocked to the party district late at night to celebrate Halloween on October 29. Huge foot traffic was bottlenecked in a T-shaped sloped, narrow alley. According to witnesses, a person tripped over and more people fell over in human dominos.