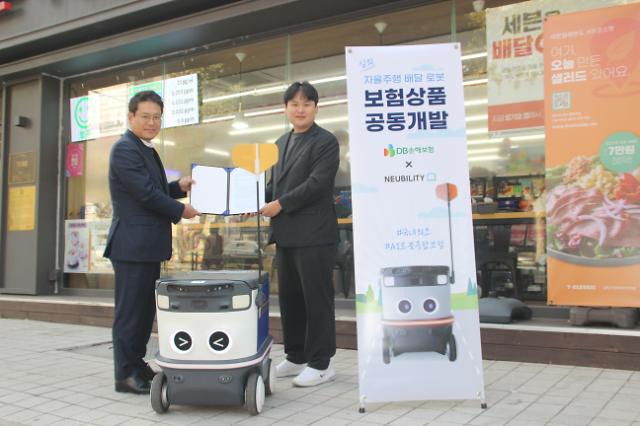 Neubility signed an agreement with Dongbu Insurance to operate insurance services for accidents generated by indoor and outdoor self-driving robots. In case of personal injuries, up to 180 million won ($126,138) will be provided, and 1 billion won for property damage. The two companies would collect and analyze data on possible accidents while upgrading reasonable insurance products tailored to self-driving robot delivery services.

"As the autonomous robot market is projected to be revitalized in accordance with a law revision in 2023, we will take the lead in developing personalized insurance products and strengthening the self-driving robot sector by exerting synergistic effects with Neubility," an unnamed Dongbu Insurance official said in a statement on October 31.

South Korea's industry ministry aims to release a roadmap for easing regulations on self-driving robots, which have been classified as vehicles. It is difficult to freely test robots as filming pedestrians is regarded as a violation of privacy.

Various autonomous robots are being tested in South Korea with a food and grocery delivery market to reduce labor costs. Some robots are able to communicate with elevators so that they can call a lift to move up and down floors inside a building. Autonomous drones have been tested in open areas such as parks to deliver food and groceries.

Neubility's autonomous robot that covers a radius of 300 meters (984 feet) can carry out delivery missions even in complex urban areas regardless of weather conditions. The delivery robot equipped with multiple cameras and sensors avoids obstacles and navigates to its destination.