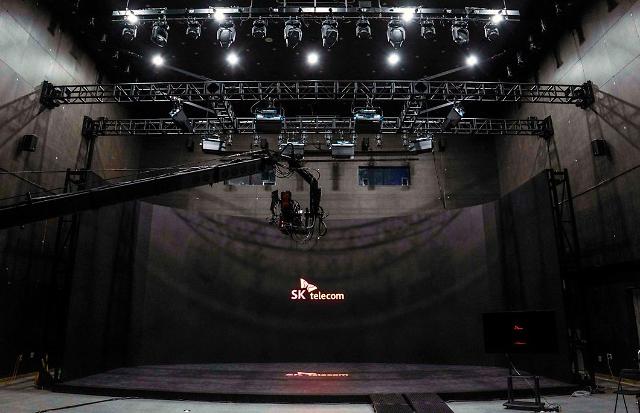 SK Telecom (SKT) opened the studio named "Tech-driven Entertainment for Asian Movement (TEAM)" in June 2022 to provide an optimal environment for content production via two different LED wall stages. Volume Stage can be used for the production of entertainment content including soap operas, advertisements and music videos, while XR Stage can be used for content with indoor backgrounds such as live commerce content and live streaming for events like web seminars and conferences.

"The virtual production market will continue to expand due to the spread of various media content beyond reality and rising expectations of customers who consume them," SKT's global media support office head Kim Hyuk said in a statement on October 12. He said that Team Studio would lead the expansion of a virtual production ecosystem.

Virtual production seamlessly combines physical and virtual elements using a suite of software tools. Studios can save time and money by filming on a stage and viewing virtual graphics together in real time. Visual effects are worked on and iterated throughout pre-production.

SKT would expand cooperation with webtoon, web novel, and entertainment companies, as well as movie, drama, and advertising producers. The mobile carrier will also expand the diversity of real-time live content such as celebrity fan meetings, showcases, corporate conferences, and web seminars.

Building on its leading fixed and mobile network infrastructure, SKT aims to create a global content ecosystem by promoting collaboration between TEAM and other studios. SKT thinks that virtual production utilizing LED walls is growing rapidly in the global media industry.