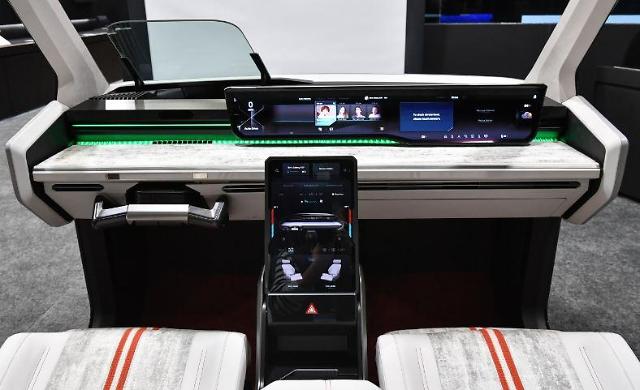 
SEOUL -- An integrated next-generation infotainment platform, developed jointly by Hyundai Mobis, the parts-making wing of South Korea's Hyundai auto group, and its Swiss partner Luxoft, made its debut at an automotive trade fair in Germany. It is user-friendly by focusing on providing virtual personal assistants and artificial intelligence-based customized content.

In-vehicle infotainment systems, which are seen as the heart of connected cars, provide various features such as navigation, self-diagnostics, entertainment and vehicle controls. Luxoft, a software engineering company based in Switzerland, has strengths in future SW services such as digital cockpits, connectivity, and autonomous driving systems.

In 2020, Hyundai Mobis invested $25 million in Envisics, a British dynamic holography pioneer and auto head-up display developer, to develop an AR head-up display optimized for autonomous driving. The AR head-up display catches vehicle driving information with the road ahead in real time and projects it to the windshield. It can be implemented in geometrical and holographic ways. Digital holograms provide a wide viewing angle with software, even without a separate optical unit. It can dramatically reduce the volume.

In June 2021, Hyundai Mobi unveiled a "clusterless" head-up display that improved safety and convenience by raising essential driving information to the driver's eye level. The new device has integrated functions of a transparent visual display and an electronic instrument cluster, or digital dash.