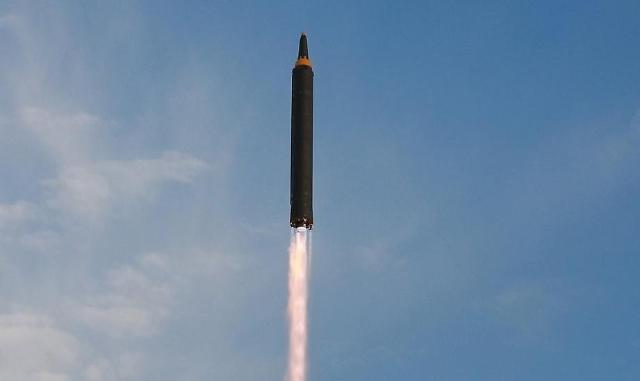 SEOUL -- Under a mutual defense pact, the United States has closely monitored South Korean defense programs, especially in the fields of strategic weapons such as missiles and nuclear arsenal. Seoul took off fetters that have restricted missile development in 2021, but Washington maintains a stubborn nuclear policy, refusing to revise a 2015 accord that has effectively restricted the development of reprocessing facilities to acquire enriched uranium as fuel.

South Korea has been on the watch of the nonproliferation community because of its covert nuclear program in the 1970s. Experts believe South Korea's nuclear armament will be a matter of time, probably faster than any other country, if its security and survival are in serious danger, or when the U.S. security umbrella is lifted.

South Korea's nuclear armament has always been a dormant issue. debate arises over the effectiveness of Washington's nuclear umbrella whenever Pyongyang jacks up the level of nuclear and missile threats, as seen in the latest test launch of missiles, including an intermediate-range ballistic missile (IRBM) that overflew Japan on October 4.

The IRBM launch gave more psychological shock than ever before as it came after North Korea rectified its new nuclear policy and vowed to launch an "automatic nuclear strike" if attacked.

In a survey of some 1,200 adults, conducted by Gallup Korea and published by the Institute for Peace and Unification Studies at Seoul National University on September 22, 92.5 percent thought that North Korea would never dump nuclear weapons. The portion of South Koreans in favor of nuclear armament hit a record high of 55.5 percent.

A different poll of 74 domestic experts was released a day later, with 67.2 percent expressing negative opinions when asked if Seoul should consider "independent nuclear armament" if Washington fails to provide effective deterrence. As an effective means to curb North Korea's nuclear capabilities, 44.8 percent supported the establishment of an operational plan that embodies the use of U.S. nuclear power in case of emergency.

The resumption of IRBM and ICBM testing underscores the importance of North Korea’s relatively recent capability to deliver nuclear warheads against Guam, Hawaii and North America, said Vann H. Van Diepen, an independent consultant who served 34 years in the US government on issues related to weapons of mass destruction.

The U.S. expert said that recent improvements in North Korea's missile force capabilities are not enough to change the fundamental military and strategic situation regarding the peninsula while the alliance between Seoul and Washington is still able to deter North Korea.

"Maintaining this deterrence, however, will require continued efforts to uphold US military and political credibility, alliance solidarity and South Korean and Japanese conventional military capability,"  Van Diepen said in an article published on the website of 38 North, a U.S. research institute, calling for ongoing efforts to blunt the effectiveness of North Korean missile attacks through active theater and homeland missile defenses, as well as passive defense measures such as hardening, dispersal, mobility, decoys and camouflage.

"As the threat to the US homeland increases, the risk increases that the North could perceive it has increased freedom of action and Japan or South Korea can perceive the US nuclear umbrella is no longer sufficiently credible and decide they need an independent nuclear force," Van Diepen said.

South Korea has enough technology and materials to develop nuclear weapons and delivery systems. Military officials have boasted the development of world-class weapons such as a supersonic cruise missile, a submarine-launched ballistic missile and a new land-based ballistic missile with powerful explosive power. Piles of spent nuclear fuel rods have been a stringent issue in South Korea due to a U.S. ban on reprocessing to prevent potential proliferation in Northeast Asia. Used nuclear fuel has been kept in interim storage facilities.