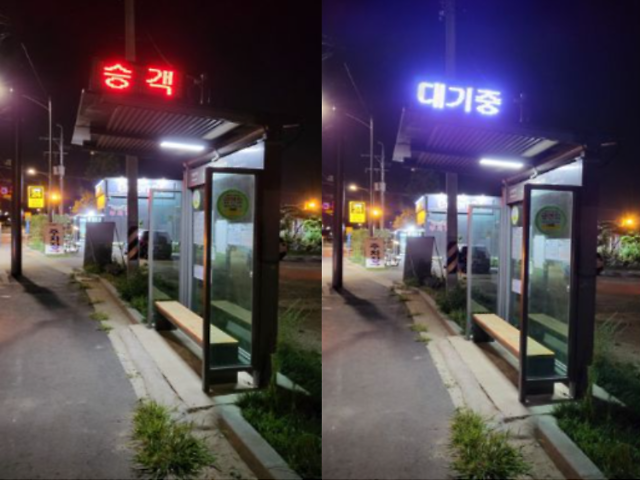 SEOUL -- To prevent drivers from accidentally passing by a city bus stop without recognizing the presence of passengers, South Korea's western port city of Incheon will operate a notification system that informs whether there are any passengers waiting through a light-emitting diode display. The device displays a notification phrase using solar power as its energy source.

Incheon said that solar power-based LED devices have been installed at 103 bus stops. Once a passenger presses a button, the phrase "Passengers are waiting" will be displayed.

"We often receive complaints that some bus drivers just pass by even though there were people waiting," Incheon bus policy bureau official Kim Jong-jin told Aju Business Daily on September 26. He said that there were many cases drivers passed by without taking old people at bus stops in uncrowded suburban areas.

"We will continue to try hard for the establishment of a pleasant bus stop environment where people can use public transportation more conveniently," said Incheon bus policy head Seong Ha-young. More than 1.3 million people living in Incheon and Gyeonggi Province use public transportation such as subway trains and buses to go to Seoul every day. It takes about 90 minutes to travel to Seoul from Incheon by bus.