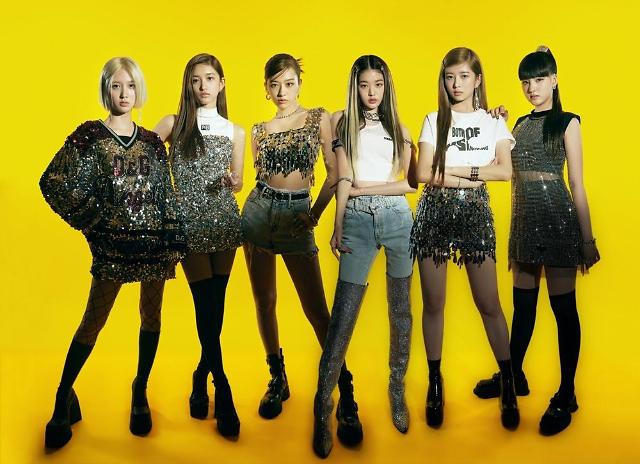 SEOUL -- IVE, a girl group under K-pop band MONSTA X's agency Starship Entertainment, has sold nearly 1 million copies of its third single "After LIKE" just eight days after its release. The six-member band only sold 152,000 copies of its debut album "ELEVEN" in the first week of its release in December 2021 and 338,000 copies of its second single "LOVE DIVE" in April 2022. The new single is gaining popularity among fans of different age groups as it incorporated various genres including disco, hip hop, and electronic dance music.

According to Hanteo Chart on August 31, a South Korean album sales chart based on sales at offline music stores, 924,363 copies of "After LIKE" were sold between August 22 and 28. The new album also topped the top 100 charts on Melon, one of South Korea's most popular online music services.

"After LIKE is a song that adopted a lot of disco features and new wave genres from the 1970s and 80s, but fans also feel the Year 2000 bug or Millennium Bug-style sensibility in its composition where rap features stand out," pop music critic Jung Min-jae was quoted as saying. All IVE members are teenagers. The group's vocalist Jang Won-young is also working as a host for a famous music show called "Music Bank."