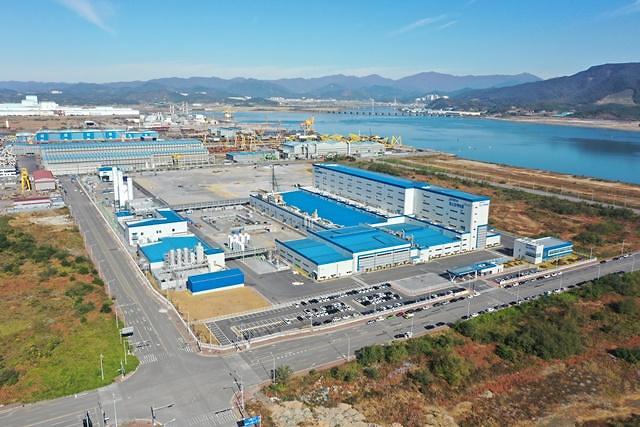 The deal reflects POSCO Chemical's aggressive strategy to build a mass-production base abroad and become a global player in the battery material market. Cathode materials that consist of components such as nickel and lithium determine the capacity and voltage of batteries.

In a regulatory filing on August 25,  POSCO Chemical said it has signed a mid-to-long-term supply contract without disclosing the name of its client. "It is based on confidentiality conditions with the contracting counterparty and will be disclosed immediately after the grace period expires," the company said, marking the area of sales and supply as South Korea.

Energy storage systems (ESSs) are normally used to store energy generated by renewable energy sources such as solar power plants and wind farms and redistribute electricity when green energy sources are not active.

Cathode materials produced at POSCO Chemical's domestic plant in the southern industrial port city of Gwangyang will be shipped from 2023 to the GM-LG joint venture, Ultium Cells. POSCO Chemical and GM have agreed to build a joint venture plant in Quebec, Canada, to produce high-nickel cathode active materials.