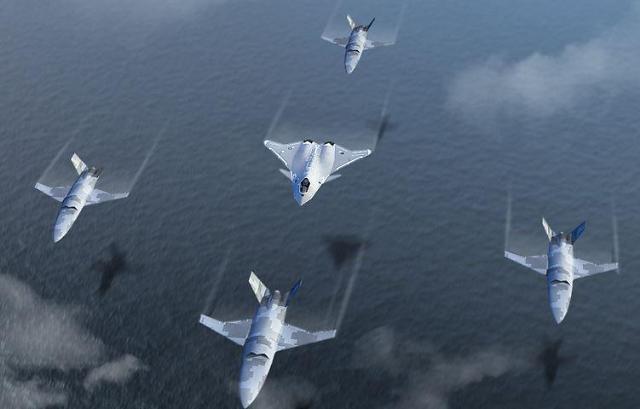 SEOUL -- Korean Air has been selected by South Korea's defense technology development agency as the preferred bidder for the development of a low-observable unmanned aerial vehicle (UAV) squadron. It is part of a military project to develop multipurpose stealth drones.

The Agency for Defense Development (ADD) has completed the basic design of a UAV squadron. Korean Air aims to develop a stealth UAV squadron and a teaming system in which one manned aircraft and three to four stealth UAVs can carry out missions simultaneously. The UAV squadron will support and escort a manned aircraft while carrying out independent missions such as surveillance, electronic interference tactics, and precise shooting.

South Korea has tried to develop Kaori-X, a fighter-sized low-observable tailless drone that can be deployed independently or as a robot wingman to assist fighter planes. Unlike ordinary military UAVs in the shapes of miniaturized airplanes, tailless drones do not have tail wings -- a vertical stabilizer (fin) and horizontal stabilizers -- to minimize radar cross-section (RCS), the area exposed to radar waves, and give the airplane stealth abilities.

Korean Air and the Korea Research Institute for Defense Technology Planning and Advancement (KRIT), a state defense technology institute, have joined hands to develop the hull structure of low-observable UAVs. They were also involved in the development of UAV surface materials designed to absorb radio waves and control surface current.