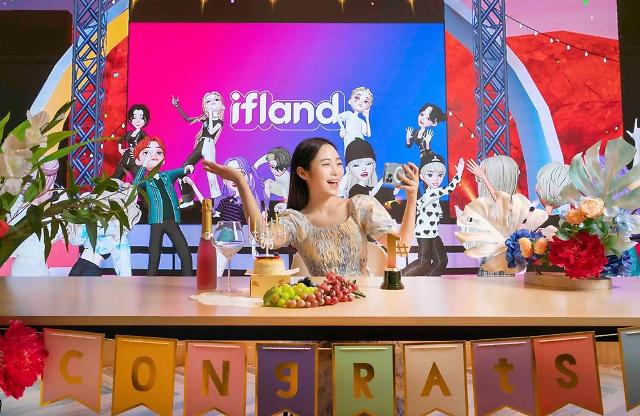 
SEOUL -- Ifland, a metaverse platform launched by SK Telecom, a top mobile carrier in South Korea, is ready for its global debut following its smooth domestic launch a year ago. The company highlighted the platform's usefulness as a new marketing channel that can expand an offline world to a metaverse world.

For its global launch sometime in the second half of 2022, SK Telecom (SKT) has already developed the English version of Ifland, which maximizes user experience through diverse virtual spaces and avatars. The platform will be released abroad sequentially through cooperation with representative telecom companies in major regions.

Based on the popularity of K-pop and Hallyu (Korean cultural wave), SKT hopes that metaverse performances and fan meetings capable of overcoming geographical limitations will attract great attention from global fans.

"Ifland has been able to grow into a representative social metaverse over the past year with great love from a wide range of users, companies and organizations," SKT's metaverse business head Yang Maeng-seok said in a statement on July 13. "We will enrich the metaverse ecosystem by introducing upgraded functions and content."

An upgraded version of Ifland will be rolled out on July 14 to mark the first anniversary of its domestic launch. The platform has garnered some 8.7 million downloads as of June this year. Based on the strength of South Korea's only live video relay function, SKT claimed to have received more than 2,000 love calls for partnerships from companies and organizations.

In the third quarter of 2022, SKT will add a lot of new functions and release a PC version to strengthen users' accessibility and convenience. The company predicts an "explosive" increase in the number of creators and influencers if various economic activities are available in the metaverse world.

SKT promised to introduce economic systems sequentially, such as points that can be used like cash, functions that can send sponsorships to those hosting metaverse meetings, and an open 3D content platform that can make profits by selling costumes and items designed and produced by users themselves.

The metaverse is a collective virtual shared space, created by the convergence of virtually enhanced physical reality and physically persistent virtual space. SKT has tried to boost the popularization of Ifland by running special programs and holding large-scale events.