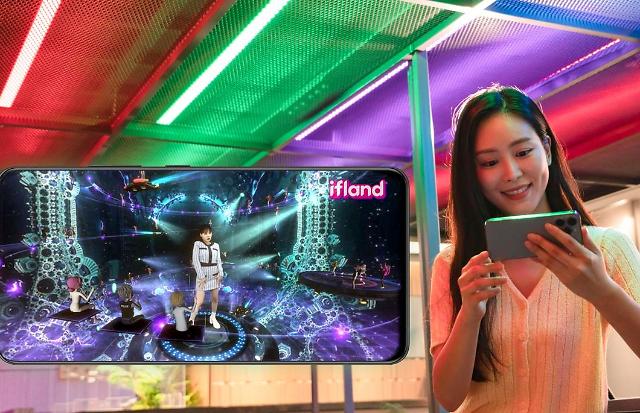 The festival will be held from 8 p.m. every day for a week from June 27 at Ifland's volumetric concert hall, SK Telecom (SKT) said, adding that it would be the world's first live virtual concert using volumetric image capture technology.

Volumetric capture technology makes videos more immersive for viewers. Instead of just filming from a handful of different angles, it uses many cameras to capture an entire scene in 360 degrees in volumetric 3D for the production of high-end holographic virtual reality (VR) and augmented reality (AR) content.

"I hope customers will have a new experience of enjoying ultra-realistic content through the metaverse music festival using volume metric technology." SKT's metaverse business head Yang Maeng-seok said in a statement on June 27. Audiences can enjoy the festival by moving 360 degrees to their desired location at the sphere-type metaverse concert hall, and can freely float in the air on a flying skyboard.

The festival will involve eight artists and an avatar girl group. Various events will be held, including live avatar performances and avatar fan meetings by indie singers. SKT said that more volumetric concerts by other musicians would be held in August.

The festival is part of SKT's project to incorporate metaverse technology into K-pop content targeting zoomers (Generation Z) who are familiar with mobile-based new technologies. SKT said it would present an innovative model to the performance industry.

The metaverse is a collective virtual shared space, created by the convergence of virtually enhanced physical reality and physically persistent virtual space. It describes a future internet of persistent, shared, 3D virtual spaces linked into a perceived virtual universe. SKT has tried to boost the popularization of its Ifland metaverse platform by running special programs and holding large-scale events.