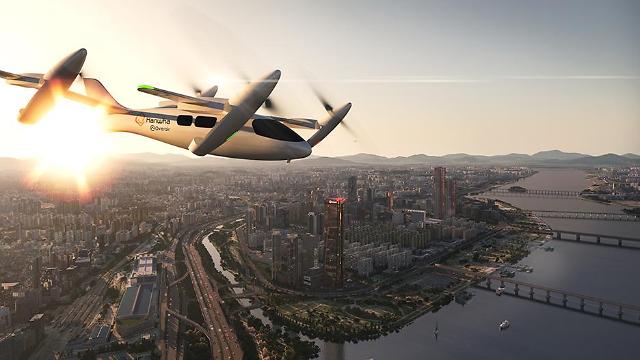 The two companies acquired Overair's convertible note, which is a form of short-term debt that converts into equity, typically in conjunction with a future financing round. About $50 million will come from Hanwha Systems and $65 million from Hanwha Aerospace, an aircraft parts maker in South Korea.

Along with Overair, Hanwha Systems would release an unmanned life-size prototype in the first half of 2023. They aim to produce an air taxi called "Butterfly" that can fly at a maxim speed of 320 kilometers (199 miles) per hour. The air taxi will be applied with the tiltrotor design of low noise and high efficiency. Tiltrotor design combines the vertical lift capability of a helicopter with the speed and range of a conventional fixed-wing aircraft.

Dozens of domestic companies have joined hands with foreign companies such as Joby Aviation, Volocopter and Skyports to provide UAM services in South Korea. Hanwha Systems is a key member of UAM Team Korea, a public-private consultative body that would commercialize manned drone taxis in 2025, remote-controlled vehicles in 2030 and a fully autonomous service in 2035.

Hanwha Systems invested $25 million in Overair in 2019 and $30 million in August 2021. Hanwha Aerospace involved in the development of a battery-based electric propulsion system that acts as an eVTOL engine would cooperate in developing a hybrid system that combines gas turbines or hydrogen fuel cells with electric batteries.