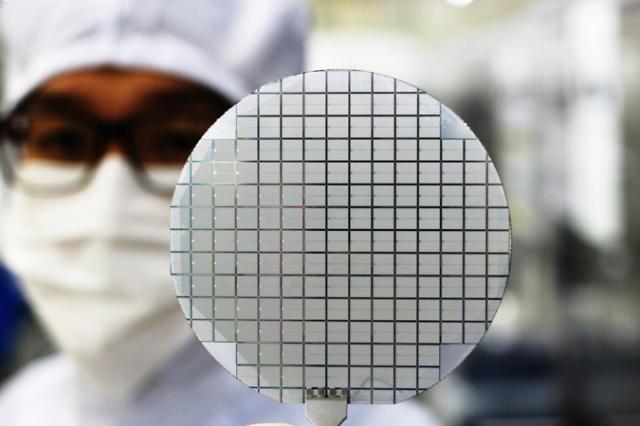 
SEOUL -- As part of a group-wide campaign to strengthen its battery-related business, SK Inc., an investment-oriented holding company of South Korea's third-largest conglomerate SK Group, will acquire Yes Powertechnix, the only domestic producer of power semiconductors based on a component of silicon and carbide (SiC), which are emerging as a key component of electric vehicles.

Through the additional injection of about 120 billion won ($95 million), SK Inc. said it would acquire 95.8 percent of Yes Powertechnix and management rights. The company invested 26.8 billion won in January 2021 to secure a 33.6 percent stake in Yes Powertechnix.

SK Inc. vowed to localize core technologies through continuous investment and foster Yes Powertechnix as a global player in the production of SiC power semiconductors. "SK Inc., which has been investing preemptively in the core technologies of electric vehicles, has secured another opportunity to grow in the rapidly growing SiC power semiconductor market through this investment," Kim Yang-taek, head of SK Inc.'s advanced materials investment center, said in a statement on April 27.

Yes Powertechnix is a company with high-voltage MOSFET technology for high-speed switching that regulates the amount of current. SiC MOSFET has high efficiency and fast switching speed and can be designed with small inductors and capacitors with the advantage of volume reduction.

Through the acquisition of Yes Powertechnix, SK Inc. said it will be able to establish a value chain that ranges from wafer production to SiC power semiconductor design and manufacturing for the first time in South Korea. SK Siltron, a semiconductor wafer unit of SK Group, acquired DuPont's silicon carbide (SiC) wafer business in 2020. Yes Powertechnix can stably receive SiC wafers through SK Siltron.

While demand for SiC-based power semiconductors is soaring, their supply is limited due to oligopoly by a small number of companies in Germany, the United States, and Japan, SK Inc. said. "We will become a core semiconductor material company for electric vehicles by upgrading SiC power semiconductor technology and establishing a rapid global mass production system," Kim said.

SK Inc. said it would establish a global mass-production system of SiC power semiconductors and expand its line to high value-added products such as SiC-based gallium nitride (GaN) semiconductors through cooperation with global companies.  GaN is a strategic material that has been used for mobile communication equipment and high-tech weapons such as radars.

As a shortage in a disrupted global supply chain highlighted the strategic importance of automotive semiconductors, the Seoul government has pushed for research into semiconductors using new materials such as GaN. Due to high power density and voltage breakdown limits, GaN is emerging as a promising candidate for 5G cellular base station applications.