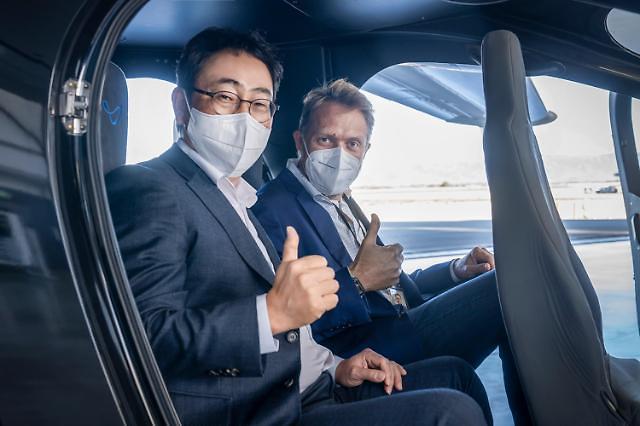 SEOUL -- SK Telecom aims to launch an air tax service based on an electric vertical takeoff and landing aircraft (eVTOL) from its American partner, Joby Aviation. On a trial basis, the mobile carrier will introduce an unspecified number of eVTOL units from Joby.

SK Telecom (SKT) said it has secured an advantageous position on the introduction of Joby's eVTOL in South Korea. The deal followed a strategic partnership signed by the two companies in February 2022 to cooperate in urban air mobility (UAM), which is an ecosystem covering personal air vehicles and infrastructure such as a new navigation system, take-off and landing fields and charging technologies.

As a member of UAM Team Korea, a public-private consultative body, to commercialize manned drone taxis in 2025, remote-controlled vehicles in 2030 and a fully autonomous service in 2035, SKT is developing a mobile communication network for air taxis. SKT will seek to utilize Joby's eVTOL for tourism and emergency use by central and local governments.

Joby's eVTOL with a maximum range of 241 kilometers (150 miles) on a single charge can transport a pilot and four passengers at speeds of up to 321 km per hour. SKT and Joby have agreed to cooperate in all fields, including aircraft and mobility as a service, to introduce emissions-free aerial ridesharing services to cities and communities across South Korea.