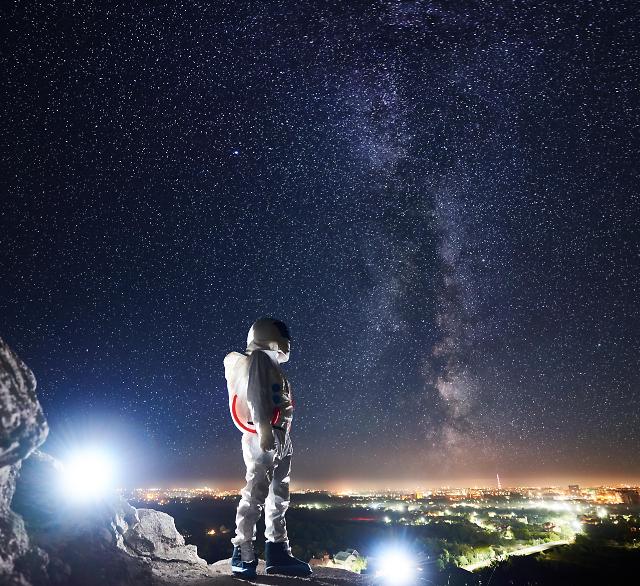 SEOUL -- South Korea presented an action plan to develop a lunar lander weighing more than 1.5 tons that would carry out scientific research on the surface of the moon in the 2030s. The project is to begin in 2024 after a preliminary feasibility study.

The Ministry of Science and ICT would form a working group of industry-academic experts to conduct research on a lunar lander and draw up strategies and detailed plans by August 2022. It is a follow-up project to launch a lunar orbiter in August 2022. The lunar lander will be lifted by a next-generation homemade rocket.

The ministry would conduct a one-month survey from March 23 to recruit organizations and companies. "Various countries around the world are accelerating space exploration programs, including lunar exploration, to conduct research on the industrial use of space resources," Kwon Hyun-joon, a ministry official in charge of the space industry, said in a statement on March 22.

South Korean scientists have been allowed to participate in NASA's development of a payload system for lunar landers that would be used for a program to send humans on the moon by 2024.

The first South Korean projectile KSLV-2, also known as Nuri, launched in October 2021 used a 75-ton-class liquid-propellant engine. Although Nuri succeeded in reaching its target altitude, it has failed to release a dummy satellite into orbit. An improved engine should be developed to successfully carry out space missions.
© Aju Business Daily & www.ajunews.com Copyright: All materials on this site may not be reproduced, distributed, transmitted, displayed, published or broadcast without the authorization from the Aju News Corporation.