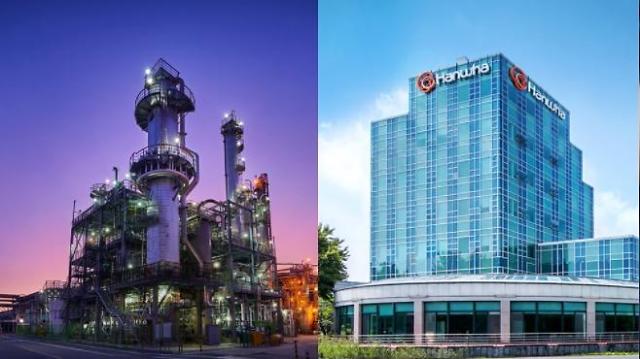 SEOUL -- Hanwha Solutions, a chemical and energy unit of South Korea's Hanwha Group, will step up the production of polyvinyl chloride (PVC) in China. PVC is a widely produced synthetic polymer of plastic used extensively across a broad range of industrial, technical and everyday applications.

Hanwha Solutions said in a regulatory filing on January 25 that its board has approved the sale of a 49 percent stake worth 676.2 billion won ($564 million) in its Chinese subsidiary to a private equity firm to raise money for the expansion of its PVC production in the world's second-largest economy. The South Korean company runs a PVC plant with an annual capacity of 300,000 tons in Ningbo in China's Zhejiang province.

PVC is a widely produced synthetic polymer of plastic. It is a very durable and long-lasting material used extensively across a broad range of industrial, technical and everyday applications. PVC may be manufactured from either naphtha or ethylene feedstock.

PVC plastics contain chemical additives that have a proven harmful effect on human health and the environment. In Europe, the use of toxic additives in PVC products has been restricted or replaced by safer alternatives. Hanwha Solutions produces PVC with ethylene dichloride (EDC), a chlorinated hydrocarbon used generally as an intermediate for other organic chemical compounds, and as a solvent.

As one of the world’s largest producers and users of PVC-resin, Beijing is also stressing the importance of protecting the environment. Since China has rich coal resources, coal is the main starting material for the calcium carbide process which is energy-intensive with much waste generated.