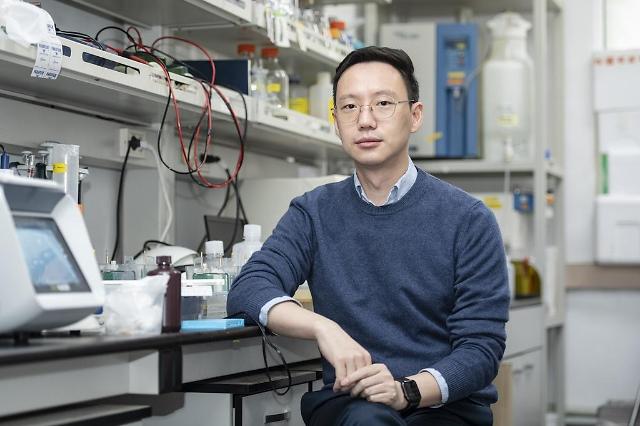 SEOUL -- Hemophilia is an incurable hereditary disease. Although innovative treatments such as gene therapy or bispecific antibody therapy have been introduced, a fundamental treatment has not yet been developed, and hemophilia A and B are among the most prominent targets for gene therapy. South Korean researchers have presented a safe and efficient approach for the sustainable treatment of hemophilia.

Unlike conventional hemophilia treatment that directly fills insufficient coagulation factors, the researchers attempted a strategy to restore the formation of thrombin by using CRISPR-Cas9–mediated antithrombin editing. Antithrombin, an endogenous negative regulator of thrombin generation, is a potent genome editing target for the sustainable treatment of patients with hemophilia A and B.

CRISPR is a family of DNA sequences found within the genomes of prokaryotic organisms such as bacteria and archaea. Cas9 is a protein that plays a vital role in the immunological defense of certain bacteria against DNA viruses and plasmids and is heavily utilized in genetic engineering applications. Its main function is to cut DNA and thereby alter a cell's genome.

mRNA is a transient intermediator between genes and proteins. It has emerged as a new category of therapeutic agent to prevent and treat various diseases. To function in vivo, mRNA requires safe, effective and stable delivery systems such as lipid nanoparticles, the most clinically advanced non-viral gene delivery system.

The LNP-mediated CRISPR-Cas9 delivery resulted in the inhibition of antithrombin that led to improvement in thrombin generation, with bleeding-associated phenotypes recovered in both hemophilia A and B mice, the paper said, adding that no active off-targets, liver-induced toxicity, and substantial anti-Cas9 immune responses were detected, indicating that the LNP-mediated CRISPR-Cas9 delivery was a "safe and efficient" approach for hemophilia therapy.

Researchers developed and optimized lipid nanoparticles to deliver the Cas9 mRNA along with a potent single guide RNA targeting mouse antithrombin to the mouse liver.  Gene editing–mediated thrombin generation was evaluated in hemophilia A and B mouse models to confirm the therapeutic efficacy of the developed system.

"Here, we demonstrate that in vivo delivery of CRISPR-Cas9 using LNPs enables AT ( antithrombin) gene editing for sustainable hemophilia A and B therapy," the paper said.