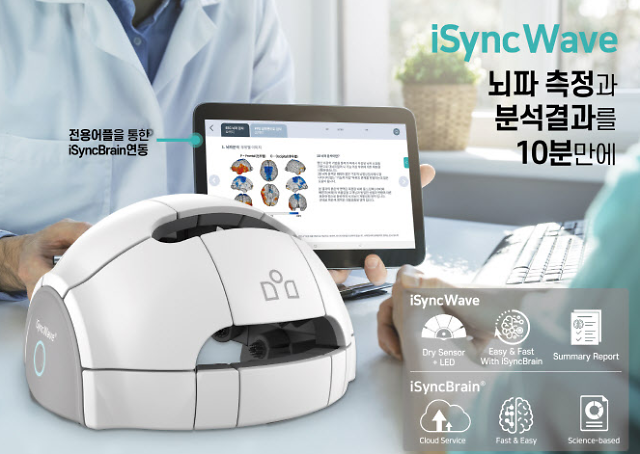 The device shown at CES 2022 is based on a database of some 400 people aged 4 to 78. It determines the degree of activation in various parts of the brain including frontal and temporal lobes. Brainwave performances can be compared with those in the same age group.

The device summarizes the results of measurements and displays them on the cloud, marking each part of the brain in red or blue. Blue shows the brain part working properly, and red means less activated. The device also shows stress degrees by measuring heart rates. The healthcare company would expand its service scope to other areas such as attention deficit hyperactivity disorder (ADHD) and dementia.

At the trade show, various domestic healthcare companies disclosed their smart health devices. South Korea's healthcare startup Asleep showcased a WiFi-based square-shaped device that measures the respiratory rate and how much a user tosses and turns while sleeping.
© Aju Business Daily & www.ajunews.com Copyright: All materials on this site may not be reproduced, distributed, transmitted, displayed, published or broadcast without the authorization from the Aju News Corporation.