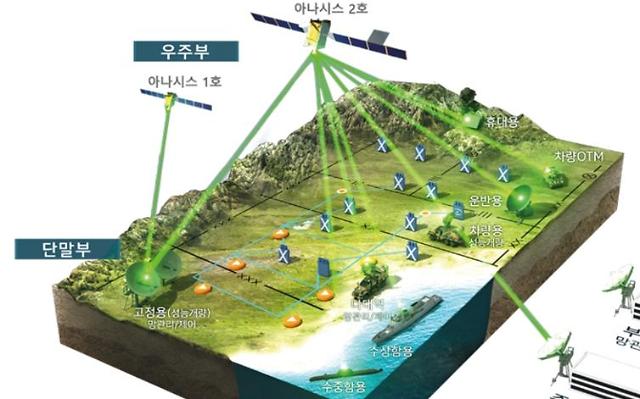 The project is aimed at establishing both fixed communication and a tactical information communication network (TICN) that integrates surveillance, reconnaissance, command and control, surgical strike systems by means of uninterrupted information flow connectivity. In tactical situations, it provides secure and resilient tactical networks. Large-capacity voice and image data can be transmitted and utilized in real-time through TICN, and even if wired and wireless networks are destroyed, command control and tactical communication systems can be maintained.

Two major defense firms, LIG Nex1 and Hanwha Systems, have been selected as key contractors for a project worth 888.5 billion won ($749 million) to produce eight types of fixed and transportable terminals for army troops and naval forces by 2025, according to the Defense Acquisition Program Administration (DAPA) controlled by the defense ministry.

South Korea, which relies heavily on American reconnaissance assets, has pushed for the establishment of an independent communication system using high-performance image radars and optical equipment. Dozens of companies related to key components such as modems, antenna devices, and software participate in the production of satellite communication terminals.