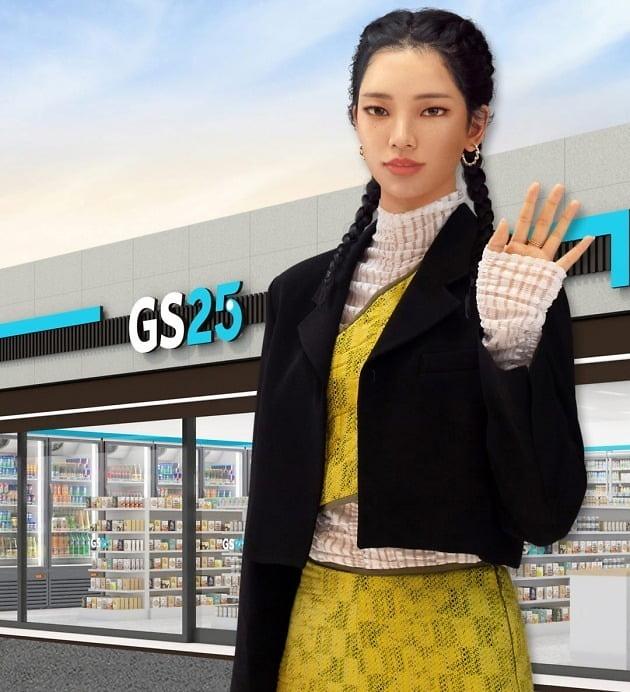 Rozy has been created by Sidus Studio X, a subsidiary of Seoul-based video technology company LOCUS. The digital model with some 100,800 followers garnered attention in August 2020 when Rozy posted photos of her trip to Namibia and Egypt. Rozy is a 22-year-old digital woman who is 171 centimeters (67 inches) tall. She is interested in fashion and travel. Her lively image and trendy lifestyle were set to target MZ generation customers who value various experiences and pursue changes.

GS Retail, the operator of GS25, said in a statement on December 8 that Rozy was selected as the convenience store franchise's model to promote the company's products and campaigns. "We will do our best to create a sympathetic bond with the MZ generation and upgrade our competitiveness by carrying out future-oriented marketing promotions with Rozy," GS Retail Vice President Oh Jin-seok was quoted as saying.

Since August 2020, Rozy has modeled for many different cosmetic and fashion companies. In July 2021, the virtual hipster was selected as a model for Shinhan Life Insurance, an insurance wing of South Korea's major financial group Shinhan Financial. In January 2021, Rozy released a collab project with Shudu, the world's first digital supermodel created by British photographer Cameron-James Wilson. The collab project was designed to break various types of boundaries in the world.
© Aju Business Daily & www.ajunews.com Copyright: All materials on this site may not be reproduced, distributed, transmitted, displayed, published or broadcast without the authorization from the Aju News Corporation.