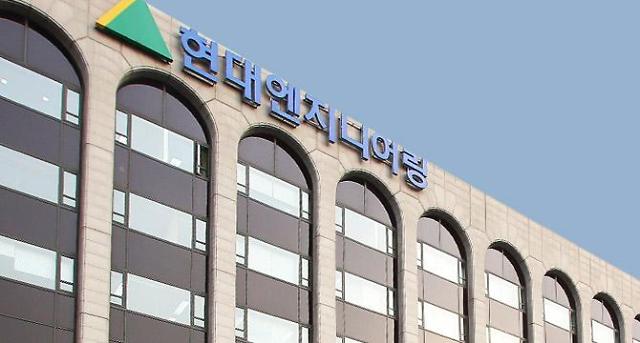 SEOUL -- A South Korean team led by Hyundai Engineering will work on the construction of a small modular reactor in Alberta, a province in Western Canada, using sodium-cooled fast reactor technology. Small modular reactors (SMRs), which have been studied to address the limitations of traditional light-water reactors, allow for less on-site construction, increased containment efficiency, and enhanced safety.

A sodium-cooled fast reactor (SFR) is a fast neutron reactor cooled by liquid sodium. Sodium's chemical reactivity requires special precautions to prevent and suppress fires. If sodium comes into contact with water it reacts to produce sodium hydroxide and hydrogen, and the hydrogen burns in contact with air.

According to Hyundai Engineering (HEC),  a memorandum of understanding has been signed online between South Korean and Canadian teams to build a 100 megawatt electrical (MWe) small modular reactor in Alberta and promote technology development cooperation in various sectors such as electricity generation and hydrogen production using process heat.

The state-run Korea Atomic Energy Research Institute (KAERI), Handong University, North Gyeongsang Province, and HEC are on the South Korean side. The Canadian team involves the provincial government of Albata, the University of Calgary and CKBC. They would start a demo plant construction project in Alberta in 2022.

"Through this business agreement, Hyundai Engineering will be able to lead the SFR technology sector, which is evaluated as the fourth-generation nuclear innovation technology," an unnamed HEC official said in a statement on December 2. HEC is in charge of engineering, procurement and construction (EPC), while KAERI will develop a sodium-cooled fast reactor for long cycle power generation.

HEC is also involved in the micro modular reactor (MMR) project, based on a high-temperature gas-cooled reactor (HTGR) that uses a graphite moderator with a once-through uranium fuel cycle. The HTGR is a type of high-temperature reactor (HTR) that can conceptually have an outlet temperature of 750 degrees Celsius. The high temperatures enable applications such as process heat or hydrogen production via the thermochemical sulfur–iodine cycle.

South Korea has adopted a new energy policy to accelerate the development of advanced SMRs. South Korean scientists are trying to design concepts for a cost-effective micro modular reactor that could be used for about 40 years without changing fuel by addressing the limitations of traditional light-water reactors.

In November 2021, Hyundai E&C, a builder affiliated with South Korea's Hyundai auto group, jumped into the small modular reactor market in cooperation with Holtec International, a U.S. company specializing in the design and manufacture of parts for nuclear reactors. Holtec's SMR-160 is a pressurized water reactor with a capacity of 160 MWe that does not rely on any pumps or motors to remove heat from the nuclear fuel.

KAERI has partnered with Samsung Heavy Industries to develop a small carbon-free fission reactor based on molten salt that would be used for ships and floating nuclear power plants. Molten salt reactors (MSRs) can reduce expensive containment structures, eliminate hydrogen as a source of explosion risks, and do not produce radioactive fission gases.