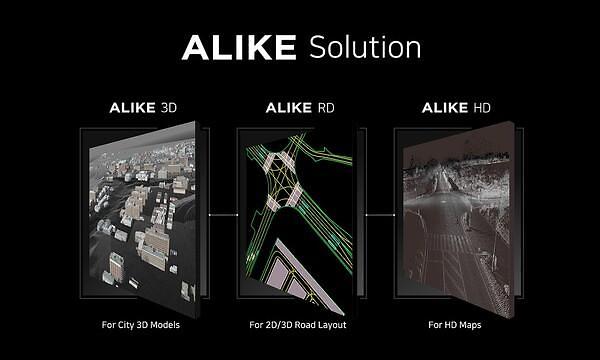 SEOUL -- Naver, a top web portal operator and IT company in South Korea, joined hands with Softbank to turn Japanese cities into a virtual world with high-definition maps by using a digital twin data production solution that allows developers to conveniently and efficiently create virtual twins of the real world.

A digital twin is literally a digital clone of the real-world original. Sizes of the virtual clone vary from a Petri dish to a whole planet. Digital twins are created to put the clones in different situations such as a city struck by a massive tsunami or a building heavily shaken by an earthquake without damaging the original.

Naver Labs CEO Seok Sang-ok said in a press meeting that his company would work with Softbank to produce high-density urban HD maps in Japan from the beginning of 2022. An unnamed Japanese city will be picked for a pilot project.

Naver Labs' hybrid metaverse ecosystem, ARCVERSE, organically connects to the real world based on a virtual space. "The biggest feature of ARCVERSE is that it is not an independent virtual space, but can form a digital world interworking with the real world with technology and organically connect the two worlds to provide users with an equal experience without space gaps," Seok said.

ARCVERSE connects reality and digital space by converging technologies such as artificial intelligence, robots, cloud, digital twin, 5G, autonomous driving, and augmented reality. What was ordered to robots in the virtual world can be directly connected and applied to reality.

"The elements that make ARCVERSE up can be one service or a completely new service through convergence," Seok said. "We hope ARCVERSE will be incorporated into each industry and lead to the birth of infrastructure and services that will make a paradigm shift."