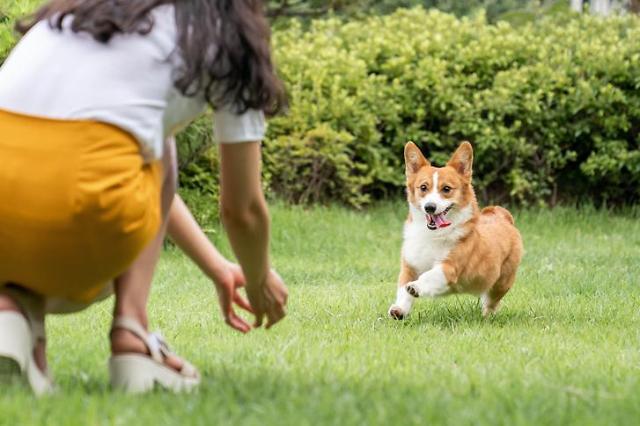 SEOUL -- Market Kurly, a successful online fresh grocery delivery startup in South Korea, has seen a sudden spike in pet food sales, thanks to consumers who purchased special gifts for animal companions to celebrate Chuseok, a three-day harvest festival that is celebrated by gatherings of families and relatives. Family members present small gifts including food and sometimes cash to each other to celebrate one of the country's two biggest seasonal festivities.

According to a survey conducted by the Ministry of Agriculture, Food and Rural Affairs and published in April 2021, about 30 percent of South Korean households have at least one kind of pet as of December 2020. The country's pet industry is rapidly growing mainly due to the increased number of single households and married couples who chose not to have a child. The pet market in 2012 stood at 900 billion won ($805 million) with about 17.8 percent of the households keeping a pet. The market is projected to reach six trillion won in 2021.

Market Kurly said in a statement on September 15 that sales of Chuseok-themed pet food including Songpyeon, Korean rice cakes with fillings made of mung beans and sweetened sesame, and Galbitang, Korean traditional beef broth made with ribs, increased by 579 percent on-year. Sales of beauty product gift packages increased by 227 percent.

The country's pet product market received a huge boost in 2020 when the first wave of a coronavirus pandemic hit the country. According to Market Kurly, pet product sales in 2020 soared 132 percent from a year ago, thanks to those who work remotely at home and have more time to spend with pets.

While Chuseok is well known for triggering a massive domestic migration of people who seek to spend their three-day holiday at their hometowns with relatives, a survey of 1,705 working people, conducted by online job search service Saramin in September 2021, showed that about 51.9 percent would not visit hometowns to prevent the spread of COVID-19.

Market Kurly made a foray into South Korea's red ocean online shopping market by offering a differentiated overnight delivery for fresh goods in 2015. The startup's quick delivery service for meat and vegetables soon became popular among housewives and working people who do not have enough time to shop at offline stores. The startup became even more popular in 2020 when people have grounded themselves and refused to go out.