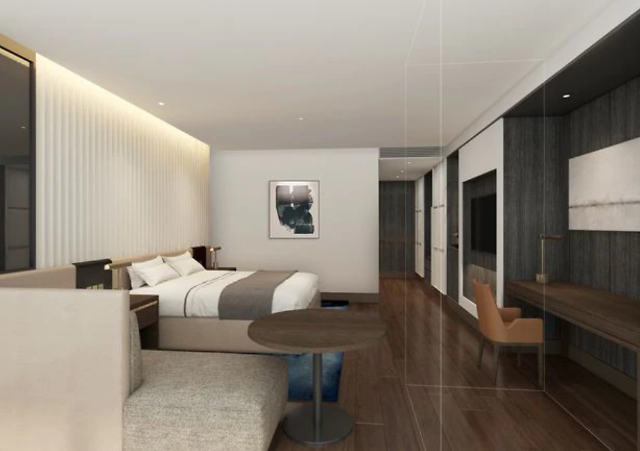 Shinsegae Central City said in a statement on August 18 that the company partnered with Marriott International, the world's largest hotel chain, to open "Hotel Onoma, Autograph Collection Hotels" at Shinsegae's integrated shopping mall complex located in the central city of Daejeon. The hotel is scheduled to open on August 27 and all rooms are already booked during weekends in September, Onoma's operator said.

"We predict that a lot of couples and families who wish to enjoy the luxury of both shopping and staycation will visit Hotel Onoma," Shinsegae's PR manager Choi Ye-seul told Aju Business Daily. She added that the hotel will house a lot of domestic and international visitors to Daejeon, a "science city" where various conferences are held.

Shinsegae Group operates the Westin Josun Hotel franchise including L'Escape, a French lifestyle boutique hotel located in the heart of Seoul. The Parisian-style hotel opened in 2018 targeting domestic tourists and foreign tourists from Japan and China. L'Escape also attracted those traveling with dogs. It was one of the first Seoul hotels that allowed their visitors to stay with pet dogs.
© Aju Business Daily & www.ajunews.com Copyright: All materials on this site may not be reproduced, distributed, transmitted, displayed, published or broadcast without the authorization from the Aju News Corporation.