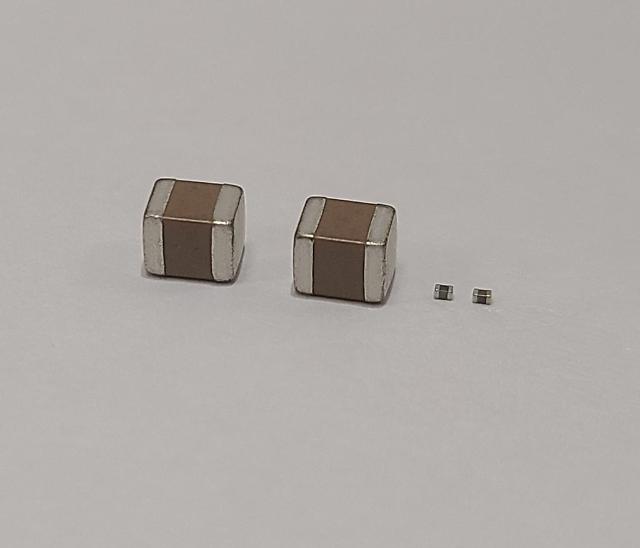 A multilayer ceramic capacitor (MLCC) controls the flow of electricity on electric circuits to reduce electrical noises on circuits. Such capacitors play a vital role in the safe operation of high-precision machines and electric parts because even the tiniest amount of unwanted electrical noise can cause malfunctions.

Samsung Electro-Mechanics said in a statement on August 12 that the company developed two types of MLCCs -- a type that is smaller than a grain of sand, and another that is smaller than a grain of rice -- for autonomous vehicles' advanced driver-assistance systems (ADAS). The driving assistant system is able to self-recognize the driving situation in real-time to control autonomous features such as lane-keeping assistant (LKA) and smart cruise control (SCC).

"The global demand for ultra-small, high-performance and highly trustable MLCCs is skyrocketing," Samsung Electro-Mechanics Vice President Kim Doo-young was quoted as saying. Kim said the company would seek to strengthen its global competitiveness by developing the source material for MLCCs.

The newly-developed MLCCs are designed to be installed on the engine control unit (ECU), the brain of a vehicle, to filter electrical noises and ensure the safe and precise operation of a self-driving vehicle. The global autonomous vehicle market is projected to reach $325.9 billion by 2030, according to global market research firm Markets and Markets.