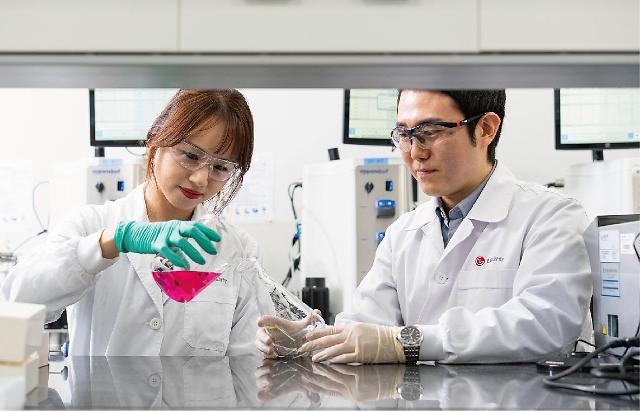 
SEOUL -- TransThera Biosciences, a clinical-stage biotech company in China, will develop and commercialize LG Chem's new drug candidate for autoimmune diseases in the Chinese market. The two companies would strengthen their strategic partnership and accelerate the development of new drugs.

LG Chem, which has a business division engaged in pharmaceutical products, said that it has signed a partnership agreement with TransThera Biosciences on LC510255. "We will do our best to provide new treatment opportunities for patients with autoimmune diseases through successful drug development," LG Chem Life Sciences head Son Jee-woong said in a statement on April 28.

The partnership began in August 2020, when LG Chem agreed to introduce TransThera's new drug candidate for the development of new non-alcoholic steatohepatitis (NASH) drugs. NASH can be defined as the liver manifestation of a metabolic disorder and is the most severe form of non-alcoholic fatty liver disease closely related to the triple epidemic of obesity, pre-diabetes, and diabetes.