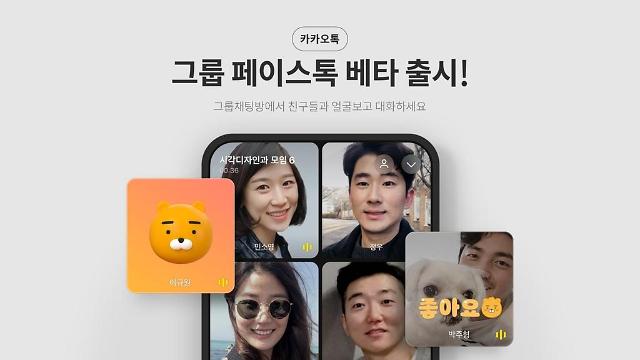 SEOUL -- South Korea's favorite smartphone messenger app Kakao Talk has released a beta version of a group video call service, also known as video telephony service. The messenger app can connect up to 10 people at a time to support various online meetings including a gathering of friends, study group discussions and business meetings.

"We came to introduce 'Group Face Talk' feature as the market demand grew for a feature that is capable of connecting multiple users through a video call," Kakao said in a statement on April 20, adding the new feature would be useful for family gatherings and simple business meetings.

The beta service was released about 14 months after a coronavirus pandemic hit South Korea in February 2020. A nationwide social distancing campaign prompted many companies to have their employees work remotely at home. Because there was no domestic group video call software ideal for remote working, South Korean office workers used Zoom, a video telephony software developed by an American company, and other foreign software.