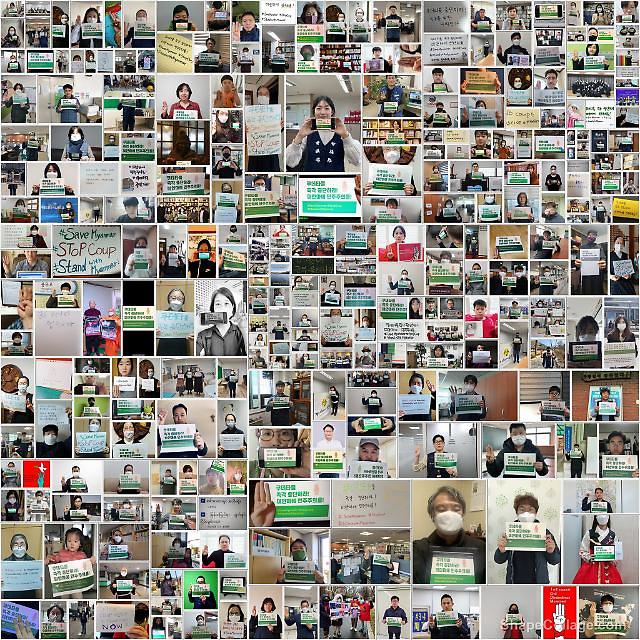 SEOUL -- Bowing to pressure from investors, civic groups and the international community, POSCO C&C, a unit affiliated with South Korea's steel group POSCO, promised to end business relations with its joint-venture partner, MEHL, which is a major conglomerate run by the Burmese military.

A brutal military crackdown on civilian protests in Myanmar sparked an international campaign against foreign companies doing business with MEHL and others cited as money sources of the military. With its affiliation to the Burmese military, MEHL has exclusive access to secure preferential contracts with foreign firms.

"We will end joint-venture relations due to a recent issue related to MEHL, a joint partner of our corporation in Myanmar," POSCO C&C said in a statement on April 16, highlighting "great" efforts to improve Myanmar's living environment, create jobs and help industrialization and economic revitalization.

POSCO C&C clarified its position to go ahead with its business in Myanmar, even after it severed ties with MEHL. "We hope that our steel business will keep contributing to improving Myanmar's residential environment and revitalizing the economy," the company said, adding it would push ahead with social contribution activities.

The steel group has other subsidiaries doing business in Myanmar. POSCO International, a trading arm of the group, has been involved in gas projects in Myanmar, an important natural gas producer in Asia, and delivers natural gas to China through a Myanmar-China gas pipeline.

In December 2020, South Korea's Hyundai shipbuilding group secured an order worth $450 million from POSCO International to build a compression platform that would be installed in the Bay of Bengal off Myanmar. POSCO International controls 51 percent of the total joint investment which also involves Indian and Myanmar companies.