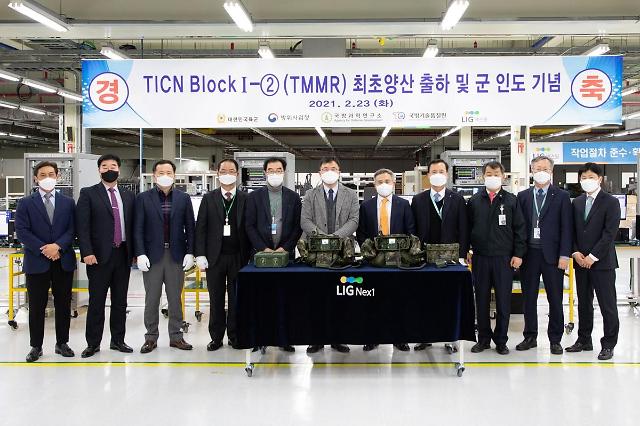 LIG Nex1 said in a statement on February 25 that it has developed tactical multi-band multirole radio (TMMR) with the help of the Agency for Defense Development, a national agency for research and development in defense technology. The first shipment has been completed. The project costs 1.2 trillion won ($1.08 billion) to replace existing military communication equipment with TMMR by 2025.

TMMR would play an important role in the so-called Army Tiger 4.0 program to establish an integrated command network by organically connecting command and control systems built independently. Information on enemies identified by reconnaissance assets, such as drones, robots and unmanned aerial vehicles, can be shared to demonstrate integrated combat capabilities.

A key element of Tiger 4.0 is the upgrade of combat vehicle capabilities through full networking, automatic mission planning and weapon selection, and the high-speed transmission of voice, data and video signals, among other things.