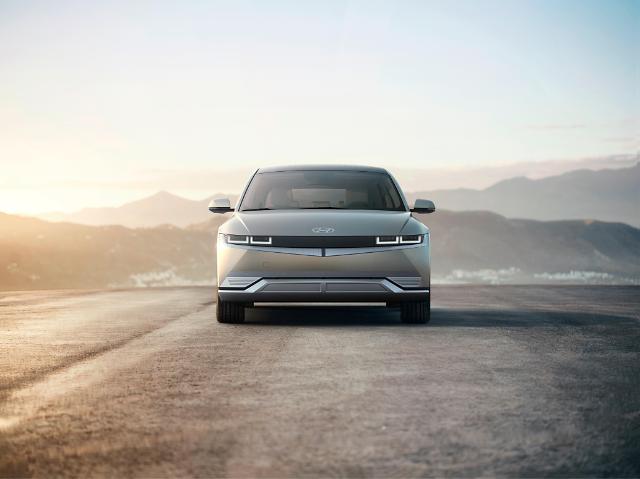 SEOUL -- IONIQ 5, a new crossover utility vehicle unveiled by South Korea's Hyundai auto group, epitomizes ambitions to become a solid player in the global electric vehicle market as the company has done 45 years ago with its first model, Pony. Hyundai thinks its new electric vehicle is better than Tesla's Model Y in some way.

Hyundai described IONIQ 5 as a modern reinterpretation of Pony. The latest CUV installed with a dedicated new battery platform called "E-GMP" heralds the new era of changeover. "We will establish ourselves as a top-tier brand that will lead the global market with IONIQ 5," Hyundai Motor CEO Chang Jae-hoon said in an online showcase event on February 23.

Chang thinks business prospects are bright, saying this year's global demands are expected to grow by more than 30 percent from a year earlier. "Electric cars that are applied with dedicated platforms are not common in global automotive industries. We believe that charging, driving performance, battery structure safety, and spatiality are our strengths."

The electric CUV marks Hyundai's move to transform into an eco-friendly vehicle maker from a traditional internal combustion engine-based carmaker. Based on long-range rear-wheel-drive models, IONIQ 5's maximum driving distance, which is 410~430km, is shorter than Tesla's Model Y standard range, but the wheelbase, which determines the interior space, is 110mm longer, Hyundai said in a statement.

Hyundai's journey into the full EV market began in 2016 when the company released an IONIQ electric sedan that received positive feedback from consumers at home and abroad for its cost-effectiveness. However, it was designed mainly for short-distance trips by city dwellers as it had a total driving range of about 200 kilometers (124 miles) per charge.

Unlike its older EV brothers, which had an electric powertrain inside cars that were designed to house internal combustion engines, IONIQ 5 has unique proportions and innovative design with eco-friendly materials. 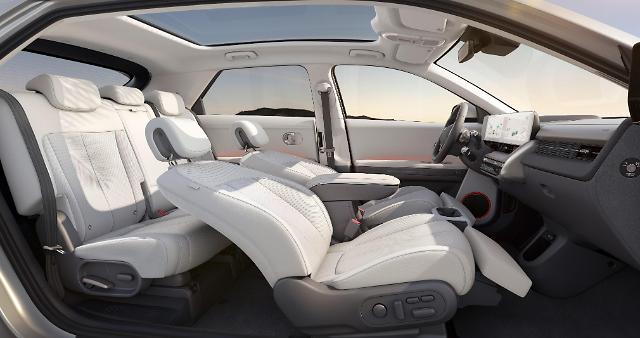 Thanks to its E-GMP architecture, IONIQ 5 has many features to attract consumers who wish to live a unique lifestyle. Most notable is its long 3,000-millimeter wheelbase which is longer than that of Hyundai's full-size flagship sport utility vehicle Palisade with a wheelbase of 2,900 mm. Because IONIQ 5 has a long wheelbase with a flat floor, its driver and passengers can utilize the CUV's innovative interior design that maximizes inner space.

"IONIQ 5 will accommodate lifestyles without limits, proactively caring for customers’ needs throughout their journey," Hyundai's global design center head Thomas Schemera said. "It is truly the first electric vehicle to provide a new experience with its innovative use of interior space and advanced technologies."

IONIQ 5 features ultra-fast charging and a vehicle-to-load (V2L) function that turns the car into a small-size energy storage system (ESS). It can charge from 10 percent to 80 percent in 18 minutes using special chargers. The V2L function provides electricity for high-power equipment using a converter that plugs into the charging port on the car's exterior. 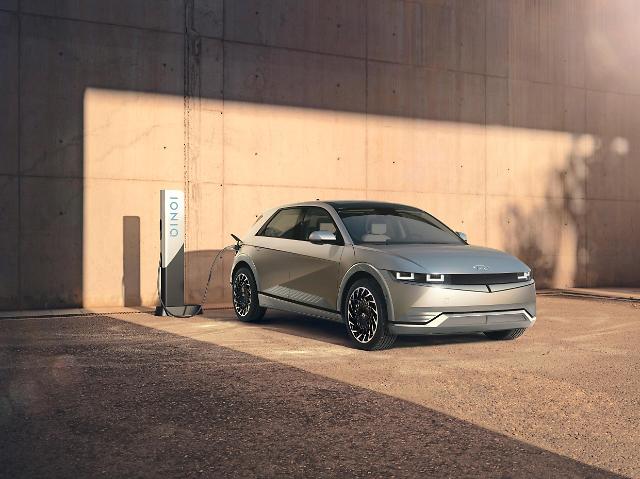 
Using Hyundai's connected car service Bluelink, IONIQ 5 allows customers to control their vehicles using a smartphone or voice. It can recognize the voice of its driver to start remotely, control the temperature inside the cabin, and provide weather and other information.

Another key feature is an augmented reality head-up display (HUD) that turns the car's windshield into a display screen. Drivers will be given on-road information and the car's condition in real-time without turning their heads from the road ahead. A driving assist system offers a semi-autonomous driving experience. IONIQ 5 will match its speed to the speed limit of the road while monitoring traffic around it using sensors.

Hyundai will release IONIQ 6, an electric sedan, and IONIQ 7, a large-sized SUV, later.