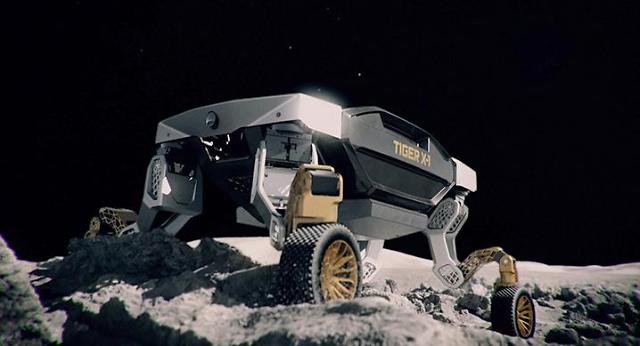 The new robot, which is about 80 centimeters long and weighs about 12 kilograms, features a sophisticated leg and wheel locomotion system, 360-degree directional control, and remote observation sensors, Hyundai said in a statement on February 10. It is intended to connect to unmanned aerial vehicles capable of charging and delivering TIGER to inaccessible locations.

It was Hyundai's second ultimate mobility vehicle (UMV) since Elevate, the first UMV concept with moveable legs, debuted at the 2019 Consumer Electronic Show (CES). TIGER has been developed by New Horizons Studio, based in Mountain View, California. "Vehicles like TIGER, and the technologies underpinning it, give us an opportunity to push our imaginations," said New Horizons Studio head John Suh.

TIGER can deliver aid packages in emergency situations, Hyundai said, adding that leg-wheel articulation enables the robot to tackle a range of extreme situations while keeping payloads more than a typical ground vehicle. With its legs retracted, Hyundai said that TIGER drives like an all-wheel-drive vehicle. When it gets stuck or needs to travel over terrain, TIGER uses its walking ability to get unstuck or more easily travel, a feature seen in Elevate.

While Elevate can carry passengers, TIGER is uncrewed. Hyundai said they blend robotic and wheeled locomotion technologies, allowing them to traverse terrain beyond the limitations of even the most capable off-road vehicle.

New Horizons Studio has teamed up with Autodesk, an American software company, for the first version of TIGER, called X-1. They are working together to create a lightweight but strong structure using carbon fiber composite additive printing. TIGER X-1 can deliver and retrieve critical payloads across rugged terrain, or even explore the surface of another moon or planet.