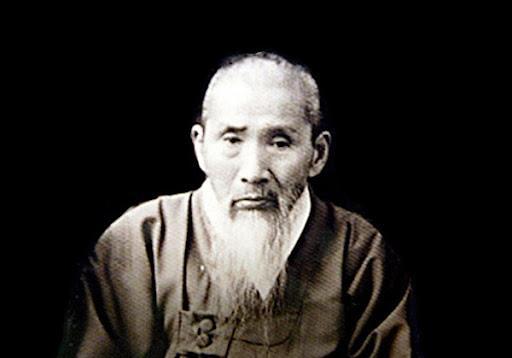 SEOUL -- 40 years have passed since "Daseok" (to only eat dinner instead of having three meals a day) Ryu Young-mo (1980~1981) passed away on February 3, 1981. The philosopher had lived an honest and noble life based on the idea of "Eolna" (Spiritual Self) in Korea during the 20th Century that was full of pain and dynamic historical events. This is an obituary that is 40 years late.

Ryu lived through South Korea's Christian history that rooted into the Korean peninsula about one hundred years ago, following the teachings of Jesus. The philosopher nicknamed the "Spiritual leader of Bukhansan" had called himself an "illegitimate Christian," throwing questions to those who gathered in groups to call upon God. He pursued a life of Eolna, an idea that pursues being one with the Holy Spirit that nests in the hearts of people.

His teachings convey a message to all Christians living in the current pandemic era. The reason why churches violate the government's quarantine guidelines to hold masses and religious events are not based on a devout attitude towards Christianity. It is because churches became a commercialized power group. It is because they cannot change the way of their foundation of survival. COVID-19 has revealed the bare face of religion and its twisted shape.

Ryu has said that such tragedy was born due to religions that fail to play their true roles. It is not a problem caused by a coronavirus pandemic. A religious problem that stayed hidden for a long time was revealed. Ryu was a pioneer.

The philosophy of Daseok is based on Christianity and it does not deviate from the religion's line. Eolna is the key idea of Daseok. It is a bridge that connects people to the Holy Spirit, Ryu preached. The philosopher had warned about religions that communicated with God on behalf of the people. He claimed that religion is an autonomous communication act that takes place between an individual and God.

Daseok's philosophy focuses on recovering the true connection between churches and God. The connection was lost during the process of secularization. The philosopher claimed the connection must be established not through a church but by people themselves. Ryu also preached that people should live their life in desperation. It is the key aspect of life management that will help people to live their lives to the full.