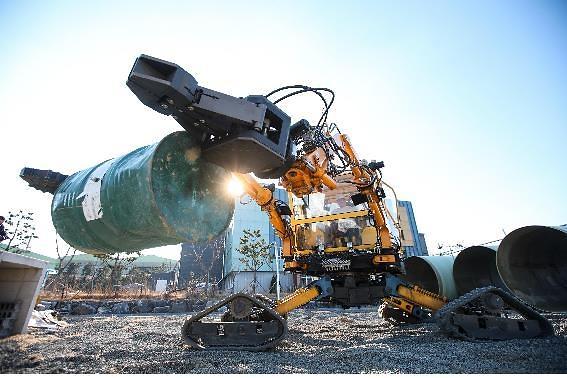 SEOUL -- A state research institute has developed a heavy-duty rescue machine equipped with a pair of robot arms that can lift objects of up to 200 kilograms (440 pounds) and easily cut down steel bars. The machine can be deployed to disaster sites struck by an earthquake or a hurricane to search and rescue survivors trapped under debris.

The Korea Institute of Industrial Technology (KITECH) said in a statement on January 20 that it has joined hands with Hanyang University, the Korea Electronics Technology Institute (KETI), and the Korea Association of Machinery Industry to develop a special-purpose counter disaster equipment.

"We have actualized a robot arm's movement that is close to that of a human's," an unnamed KITECH researcher was quoted as saying. "Our final goal is to develop alternative equipment capable of carrying out missions that are too dangerous for humans."

The counter disaster equipment was developed in a five-year state-funded project. It has four caterpillars with a pair of robot arms that are six meters (19 feet) long. The machine uses two special technologies, "kHandler" and "Marionette Algorithm, so that inexperienced pilots can be deployed to disaster sites. 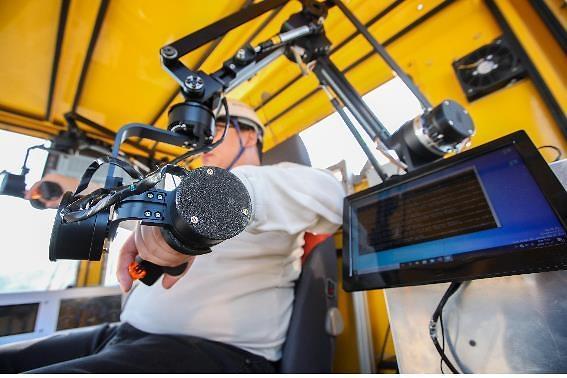 kHandler is a wearable control device linked with the Marionette Algorithm that allows the special-purpose machine's hydraulic actuators to mimic the movement of arms. The left arm is attached with a power gripper and the right arm with a breaker. The gripper arm can lift objects while the breaker arm can smash, split and grind obstacles.

KITECH said the machine passed 20 kinds of counter disaster scenario prototype tests in December 2020. The developers will cooperate with lifesavers to upgrade the hydraulic system and its control platform so that the special-purpose machine can be deployed at disaster sites. The machine will be upgraded for use in other fields such as automated construction sites, farms and mine clearing.